Two roommates inside the home when four University of Idaho students were stabbed to death may be “key” to solving the horrific quadruple murder, a police spokesman said.

The two surviving women — Bethany Funke and Dylan Mortensen, both students at the university and friends of the victims — have been “very cooperative” with detectives, Idaho State Police rep Aaron Snell told ABC News on Thursday.

Authorities were called to an off-campus home on King Road in the city of Moscow Sunday afternoon and found four students slaughtered in a bloody scene that some responders called the “worst they’ve ever seen.”

Authorities haven’t disclosed who made the initial call to police, but they revealed two roommates were in the house at the time of the killings — suspected to have taken place around 2 or 3 a.m. Sunday.

Questions have been raised about why there was such a long time lag between when the murders took place and when the alarm was raised to police, close to midday Sunday.

Cops initially said the knife rampage was a targeted attack, but appear to have backtracked on their initial statements as the killer or killers remain on the loose.

“We cannot say there is no threat to the community and as we have stated, please stay vigilant, report any suspicious activity and be aware of your surroundings at all times,” Moscow Police Chief James Fry said at a news conference earlier this week.

“It’s very frustrating … we would have loved to have solved this [immediately],” he said. He noted the roommates may be “key to this whole thing.”

The victims may have been asleep when they were attacked, Latah County Coroner Cathy Mabbutt said. The bodies were found in beds, the coroner revealed on Thursday.

“It was a pretty large knife so it’s really hard to call them puncture wounds … it has to be somebody that’s pretty angry in order to stab four people to death,” Mabbutt said on NewsNation’s “Banfield.”

The slayings have left the community reeling, with some Idaho students fleeing the area ahead of Thanksgiving break. Investigators are continuing to try to piece together the four victims’ final hours overnight Saturday and early Sunday. 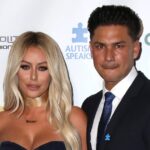 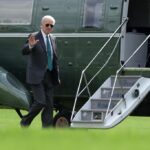