Putting in the work! 90 Day Fiancé star Ronald Smith shared an update about his weight loss journey with his social media followers.

“In progress….,” Ronald, 31, wrote via Instagram on Monday, December 12, alongside three mirror selfies of him showing off his toned arms at the gym.

The TLC star then shared a quote that read, “You have to be strong and courageous and know that you can do anything you put your mind to. Man is nothing else but what he makes of himself.”

Ronald’s update comes as he and estranged wife, Tiffany Franco, continue to be at odds with one another. Currently going through the divorce process, the 90 Day Fiancé alums have battled it out both off and on-camera.

The former couple met in January 2017 while Tiffany, 31, was vacationing in South Africa. They got engaged just six months after they started dating and later made their reality TV debut on season 1 of 90 Day Fiancé: The Other Way in 2019. Ronald and Tiffany share daughter Carley, who was born in 2018, while he acts as a father figure to her son, Daniel, from a previous relationship

The on-again, off-again couple faced several obstacles before the makeup artist revealed she had started the process of divorcing the South African native during the 90 Day: The Single Life tell-all in November 2022.

However, Ronald told In Touch exclusively that his ex “refused to sign” the divorce papers in an attempt to delay the process and further secure money for herself.

“Tiffany bluntly refused to sign, asking me why am I rushing the divorce,” the TV personality revealed. “I said, ‘My life goes on and can’t be bound to a failed marriage. I want out of this.’”

Ronald claimed that he served the Maryland native with “a legit divorce agreement” on October 31, noting that he cut himself short in the settlement to avoid a “contested divorce.”

“I mentioned visitation with kids, splitting money to pay [for the kids’ airfare], paying child support every month, etc. I did say that I won’t pay money to her, though I would pay into a trust fund bank account for Carley and Daniel to access when they are 18,” he shared of the compromises he suggested. However, Ronald claimed Tiffany “didn’t like” the proposal.

Ronald then said that Tiffany only “wants the cash” and fears the settlement might be “fake,” so she’s delaying the process in order to not be “screwed” over. “So, she said, ‘Well, I can wait a little bit longer,’” he claimed. “She doesn’t care if I want another relationship or visa with someone or marriage … ‘Whatever the reason, it can wait a bit longer,’ she said.” 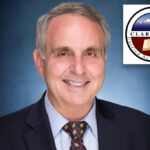 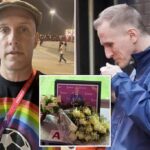