“They’re positioning the Starlink satellites to provide good coverage to Southwest Florida and other effected areas,” he said at a press conference in storm-ravaged Fort Myers Saturday afternoon.

DeSantis said 120 Starlink units are being positioned to boost internet access in regions hit hardest by the storm.

“They’ve donated all the costs associated with the coverage” DeSantis said, before personally thanking Musk for his help.

The satellites, developed by Musk’s SpaceX, beam down to devices placed on the ground that can provide connectivity over a 13-mile radius and support 1,000 users simultaneously.

“That will help bridge some of the connectivity issues,” he said, noting that the units will go to several battered areas, including Lee and Collier Counties.

Musk and DeSantis have praised each other in recent months, with the tech titan suggesting in June that he would vote for the Florida Republican if he ran for president in 2024.

DeSantis also backed Musk’s contentious bid to purchase Twitter, even threatening to pull investments in the company from Florida’s pension funds if the company scuttled the deal on political grounds. Instead, Musk has tried to back out of the $44 billion takeover, landing himself in a legal battle with Twitter.

DeSantis said that 73% of residents in Lee County and 77% in Charlotte County are still without power and that line crews are attempting to get the lights back on. 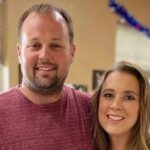 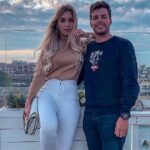 Are Jovi and Yara Still Together? Update