Supporters of Florida Gov. Ron DeSantis got excited on social media Wednesday when the Republican gave remarks introducing President Biden while standing at a lectern with the presidential seal on it.

It’s not uncommon for local officials to grace the presidential speaking apparatus, especially after natural disasters such as Hurricane Ian. But with DeSantis widely tipped to run for president and potentially unseat Biden in 2024, some believed they were getting a glimpse two years into the future as DeSantis spoke while Biden stood off to the side.

“The Biden Advance Team letting DeSantis speak from behind the presidential seal is something to behold,” conservative radio host Erick Erickson posted on Twitter.

Others quickly chimed in, commenting on how comfortable DeSantis appeared.

Another said, “Soon,” while another remarked: “Foreshadowing.”​

“Please, Lord, let it be!! Someday…” tweeted another user.

DeSantis is heavily favored to win re-election as governor in November, and at least one poll shows that he would be a better matchup for Republicans against Biden than former President Donald Trump.

There was no hint of animosity Wednesday as DeSantis lavished praise on the federal government’s response to the Category 4 hurricane that devastated Ft. Myers.

“Mr. President, welcome to Florida,” the governor said at one point. “We appreciate working together across various levels of government.” 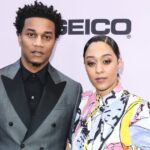 Did Cory Hardrict Cheat on Tia Mowry? His Response 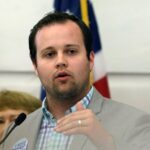