A Rolls-Royce, BMW and Mercedes-Benz along with other cars were seen being taken from the property on the outskirts of the capital, Bucharest, Reuters reported.

Romanian police Thursday raided seven homes as part of their investigation into Tate, a social media influencer and self-proclaimed misogynist. The raid came a day after Tate lost a bid to get back assets previously seized, including his cars.

The U.S.-born Tate, 36, remains in custody facing a slew of serious sex-crime charges after his Dec. 29 arrest. He was arrested with his brother and two Romanian women. They have denied wrongdoing.

Prosecutors told Reuters earlier this week they had seized 15 luxury vehicles and more than 10 properties and homes tied to the suspects to prevent the assets from being sold or hidden.

Officials have said they could use the seized assets to “cover the expenses of the investigation and damages to the victims” if prosecutors can prove the Tates made money through human trafficking. 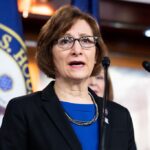 Suzanne Bonamici suffers concussion after being struck by car 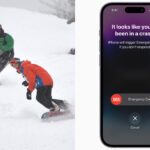