“First weekend of 2022 Pumpkin Season in the books … A giant success despite the challenging supply chains and crazy economics,” he wrote. “The good news is they filmed Saturday so you all at home will be able to eventually enjoy it as if you were here with us! #lpbw.”

The Roloff patriarch then gave shout-outs to his family members for their hard work during the first weekend of the season. “Big Big thanks to @amyjroloff and Chris … and of course @isabelsofiarock @jacobroloff45, Caryn and all our amazing staff who go beyond call to put our Fall Festival on year after year,” he wrote before teasing, “Big new announcement in the near future.”

In addition to Jacob, Matt and Amy are also the parents to twins Zach Roloff and Jeremy Roloff and their daughter, Molly Roloff.

The family celebrated the start of pumpkin season after Matt announced he was selling a portion of the property in July, In Touch previously confirmed. The decision came after both Zach and Jeremy expressed interest in purchasing the farm from their dad.

In August, Matt shared a post that documented him and Jacob preparing for their last October together on the farm. “Inspecting his newly replaced front axle seals … while I show Mateo the ropes,” the father of four wrote at the time. “Getting things ready for pumpkin season 2022 @rolofffarms.”

The Roloff Farms Instagram account, which is run by Matt and Isabel, held a fan Q&A via Instagram Stories in September. One social media user asked, “How different is it going to be from every other pumpkin season with the property divided?”

“Not very different at all because the other side hasn’t sold yet!” the official account answered in response to the question. 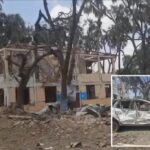 US wipes out al-Shabaab terror leader in Somalia strike 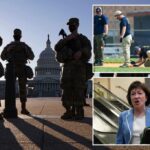