In Touch confirmed that Matt, 61, removed the $4 million sale listings from major realty websites on Friday, October 21. His change of plans came five months after he announced that he was selling 16 acres of Roloff farms, which included the home where he and ex-wife Amy Roloff raised their four children, twins Zach and Jeremy, daughter Molly and son Jacob.

“Interested in staying at the beautiful five-bedroom house on Roloff Farms?” read a new website teasing the rental home, in which TLC star partnered with iTrip Vacations.

The house will be available for rent next pumpkin season, according to The Sun, who was first to report, and Matt’s massive project of converting the home into the perfect rental property will reportedly be documented on the new season of LPBW, which premieres on November 1.

It will be interesting to see the reactions of Matt’s children to his change of direction to no longer sell the farm and keep the property instead. When the patriarch initially listed their family home for sale, it caused a major rift. While his son Jeremy previously tried to purchase the farm from his father with no avail, fans saw the drama intensify when Zach also tried to buy the family property during season 22. Their deal not panning out led to Zach, 32, and his wife, Tori Roloff, to move further away from his family to Battle Ground, Washington.

Things got so bad between the father and son that Amy, 60, revealed on their reality show that the pair were “not talking to each other.” The drama came to a head when Matt officially listed the property for sale.

“My twin boys decided not to consider working together toward a possible joint sale. Both of them (along with their growing families) had moved on to other interests and investments,” Matt wrote via Instagram in May while announcing the farm’s sale. “Even though a substantial family discount and a ‘gift of equity’ was offered by both Amy and I (and I still owe Amy a bundle of money), they decided individually that the timing was not right for them to purchase a part of the farm at this time.”

Zach fired back at his dad’s claims, calling the post “extremely misguided and false” in a comment.

“My dad is manipulating the narrative right before the season comes out,” he wrote at the time. “Once again, like he has for most of his life, [he is] not taking responsibility for his own actions and blaming others. Dragging the family drama that he created and then manipulate the fanbase to make himself come out OK [sic]. This post is a new shocking low of cowardice and manipulation of his family and kids for his own gain.”

Matt became sole owner of the family farm in 2016 after he bought Amy’s half following their divorce. 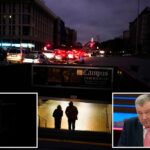 ‘Kyiv will be swimming in s–t’ 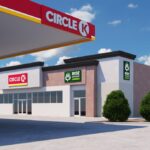