The Nissan Rogue driven by the scandal-scarred congressman has been ticketed for speeding at least five times since he was elected into office — including four times in school zones in Queens, online records show.

The blue all-wheel-drive car, which The Post has seen the defiant 34-year-old Republican driving while dashing around the Big Apple, has racked up at least $300 in recent fines, the records show.

That includes four in Queens, where he and his family have lived at times rent-free, as well as a speeding fine and $100 parking ticket in Washington, DC, where he now has an office in the US Capitol.

However, the tickets do not state who was driving at the time, and Santos did not immediately return The Post’s calls for comment.

The first was just before 10 p.m. on Dec. 20, after his Nov. 8 election win but before he finally took office.

That was on Northern Blvd., the same major road where Santos’ district office is on in Douglastown.

The new year started with a similar ticket just before 9:30 a.m. on Jan. 1, and another at a similar time the next day, the day before he turned up at the US Capitol to be sworn in for his first day of work. Both of those tickets were again on Northern Blvd.

On Jan. 8 a similar violation was given for the same Rogue, this time on Queen Blvd., the same thoroughfare where The Post had earlier snapped Santos moving items into his sister’s Elmhurst apartment.

The Post previously revealed how his sister, Tiffany Santos, was accused of failing to pay nearly $40,000 in rent since August 2020 — despite getting more than $30,000 in federal emergency rental assistance.

None of the four $50 tickets in Queens appear to have been paid by Thursday, with the $200 tally still listed as owed.

The same car also has an open ticket in DC, where Santos has an office after starting work as a congressman earlier this month.

The ticket came just two days after Santos finally came clean to The Post and admitted that he’d lied on the campaign trail about key details on his past — sparking an even wider range of allegations against him since.

The night before that ticket, he appeared to have been in DC when he was interviewed on Fox News by Tulsi Gabbard, who asked him bluntly: “Do you have no shame?”

However, late on Dec. 28, the day the Nissan he drives was allegedly speeding in the capital, Santos shared a photo of a visit to the United States Merchant Marine Academy in Kings Point in New York.

None of the tickets online name the driver, and the registered owner of the much-ticketed Rogue are not publicly available.

The Post saw Santos driving it while visiting his sister in Queens last month. His bio previously said he lives with his husband and dogs on Long Island.

However, the rookie rep — who was married to a woman until 2019 — was not accompanied by a husband at his first day at the Capitol, and did not wear a wedding ring, either. His bio no longer mentions a husband.

Santos did not respond to a voicemail, and his reps did not reply to an email requesting comment.

The embattled pol. has spent the last few weeks resisting mushrooming calls for his resignation — while also deflecting an ongoing flow of allegations against him.

On Thursday, he angrily denied two of the latest — calling reports that he was previously a drag queen “categorically false” and “outrageous,” and those that he the “would let a dog die” both “shocking & insane.”

“These distractions won’t stop me!” he vowed. 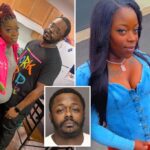 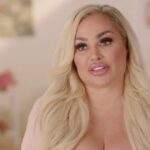 How the Reality Star Makes Money