The massive Christmas tree that will light up TV screens across the country and draw gawking tourists to Rockefeller Center next month began its journey to the Big Apple Thursday.

The 82-foot-tall, 50-foot-wide Norway Spruce was cut down in upstate Queensbury and hoisted onto a large truck for the more than 200-mile drive down to Midtown Manhattan, according to WTEN-TV.

The 90-year-old tree has been preparing for the journey since it was donated by the Lebowitz family of Glens Falls, NY earlier this year, according to the station.

“We’re feeding it, we’re watering it through the summer. Then about a week and a half ago, we came up, we started tying the tree, wrapped each branch individually to tie it up. We have to get it down from 50 feet to 14 feet so we can travel on the Thruway,” Erik Pauze, the head gardener at Rockefeller Center, said.

Locals gathered to watch the tree get cut down before lining Main Street in the North Country town to get one last look at the spruce before it becomes famous.

“My granddaughter, who’s 4, I’ve taken here, taken pictures of her next to it, then when it gets lit, I’m going to do a frame of the tree coming down and her, and then it lit, she’ll remember it for life. It’s a lifetime story,” Deborah Doetsch told the station.

The tree was set to arrive in the city on Saturday, ahead of a November 30th star-studded lighting ceremony where it will be adorned with a star made from 3 million Swarovski crystals.

The Rockefeller Center Christmas Tree tradition dates back to 1933.

It began unofficially two years earlier when Italian laborers tasked with building the plaza pooled their money to buy a 20-foot tree and decorate it with strings of cranberries and garlands of paper.

The festive gesture served as a symbol of hope during the Great Depression, and continued to grow in scale and scope year after year.

In 1951, NBC began broadcasting the tree lighting ceremony from coast to coast. 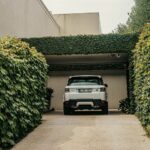 Top 10 Benefits of Parking Your Car in a Home Garage 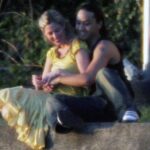