Nearing the end? Sister Wives’ Kody Brown is content with his fourth wife, Robyn Brown, but she isn’t certain about their marriage, a source exclusively tells In Touch. “It’s all a mess.”

“Kody is happy with Robyn and that’s what he’s concentrating on, but who knows how long that will ultimately last?” the insider says. “Robyn seems to be happy with him. I know she’s fine with the wives exiting, but there’s no way that she’s not questioning her relationship with Kody.”

Now that both Christine Brown and Janelle Brown have split from Kody, 53, the insider points out that the “Brown household is like a house of cards, perpetually on the verge of crumbling.”

A separate insider previously told In Touch that while the family patriarch is “embarrassed” that Christine, 50, and Janelle, 53, left him, he’s nevertheless “not that shocked” about their split and “admitted that their version of polygamy was dysfunctional.”

Fans of the TLC series have watched the reality stars’ family dynamic dramatically change following the Cooking With Just Christine star’s departure. She and Kody announced their split in November 2021, but the separation played out during season 17 of Sister Wives.

Shortly after Christine moved out, viewers saw the distance widen between the Plexus ambassador and the businessman. However, the cracks were already opening when the two vehemently disagreed with each other over Kody’s strict COVID-19 household rules in 2020. As a result, his and Janelle’s sons Gabe and Garrison outwardly opposed their dad’s standards, which led to a falling out between the three men.

“In the last 18 months, I’ve realized that I’m pretty good,” Janelle explained during the Sunday, December 11, episode. “I’m independent, and I’m not going to stand here and be yelled at. I just don’t need it. I don’t deserve it and I don’t need it.”

During a separate scene, Kody accused Janelle of “pit[ting] him against” Gabe, 21, and Garrison, 24.

“I’m having the hardest time,” he explained during a confessional, adding that he felt like she was “betraying” him. For her part, Janelle informed Kody that it felt as if he was “asking [her] to choose between [her] children and [him].”

Later in the episode, Kody revealed he was “separated” from Janelle after 29 years of marriage, as they spiritually tied the knot in 1993.

In Touch exclusively broke the news on Friday, December 9, that Janelle decided to end their spiritual marriage, with a separate source explaining that she eventually “outgrew him.” 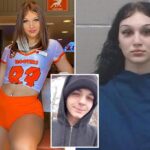 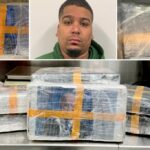