Roberts gave the Department of Homeland Security until 5 p.m. Tuesday to respond to the appeal by 19 Republican attorneys general and stayed a federal court ruling from last month that ordered the program wrapped up on Dec. 21.

Once the administration’s response is filed, Roberts can deny the states’ application on his own, or — more likely — refer the matter to the full court for consideration.

Title 42, established at the onset of the COVID-19 pandemic, allows border officials to automatically refuse entry to migrants who may have been infected by the deadly virus. ​

Under the policy, law enforcement officials have removed approximately 2.5 million illegal border-crossers apprehended at the US-Mexico frontier, according to government statistics. ​

But a three-judge federal appeals court ​on Friday rejected the states’ plea to block the Nov. 15 ruling by Senior US District Judge Emmet Sullivan scrapping Title 42.

The Biden administration, which had asked Sullivan for a five-week extension of the program last month on the grounds it needed time to prepare for an expected wave of new arrivals, filed its own appeal of Sullivan’s ruling Dec. 7 but promptly asked for it to be suspended while it awaits a ruling on a separate Title 42 case out of Louisiana and while the Centers for Disease Control and Prevention crafts a replacement policy.

Republicans and even some Democrats have warned that lifting Title 42 will result in a surge of migrants at the southern border, and hordes have been amassing in Mexico over the past several weeks in anticipation of the policy expiring.

Arizona Attorney General Mark Brnovich, among the state officials filing the emergency application, said lifting Title 42 will worsen the “catastrophe” that already exists at the border.

“Getting rid of Title 42 will recklessly and needlessly endanger more Americans and migrants by exacerbating the catastrophe that is occurring at our southern border,” Brnovich​ said in a statement​. “Unlawful crossings are estimated to surge from 7,000 per day to as many as 18,000.”​

”If the courts do not intervene and put a halt to the removal of Title 42, it’s ​going to be total chaos,” ​he told ABC News’ “This Week.”

Monday’s 51-page filing said the states will suffer “irreparable harm” if the health policy is lifted, and “experience substantial injuries … as a consequence of [Sullivan’s] decision because, as ​[the Department of Homeland Security] has projected, the numbers of migrants who attempt to cross illegally into the United States and the States will increase greatly​.” 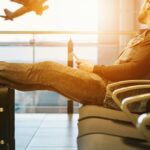 Traveling in the New Year? Everything You Need to Consider 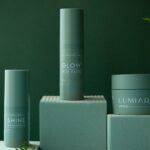 Breakthrough Skincare Line To Fight Back Against Aging