Get it! Rob Kardashian has had a total weight loss transformation over the years. The Keeping Up With the Kardashians alum previously removed himself from the spotlight but has slowly been resurfacing on social media. He first started gaining attention after showing off his slimmer figure during Khloé Kardashian’s birthday party in June 2020.

The Arthur George founder had a magnifying glass on his life following his high-profile split in 2009 from Adrienne Bailon after nearly two years together. Rob admitted to cheating on her during an episode of KUWTK, and they were done for good.

The male model was a hot commodity and went on to date Rita Ora, but they had an awkward breakup in 2012 when the reality star accused her of cheating with “more than 20 dudes.” While his personal life began to spiral, so did his weight. Things came to a head in 2014 during a now-deleted Twitter rant from the Dancing With the Stars alum.

“So I found out I was trending for being fat,” he wrote at the time, according to People. “Thank you all it really made my day … No one will ever understand how much it hurts.”

At the time, news was swirling that Rob sought out rehab and external help for his weight, which he vehemently denied in his tweets.

“To the blogs saying I went to fat camp or rehab LOL. Then why am I still fat u fools??,” he continued. “First, I don’t believe in rehab or therapy or anything of that sort, and second, I’m a grown man and will work on myself when I choose.” He concluded by adding, “I’m aware that I’m fat that def ain’t a surprise to me lol and my only therapy will be in the gym. Anyways, [I] had to say something.”

The comments on his weight obviously hurt, and it led him to skip Kim Kardashian and Kanye West’s wedding in Florence, Italy. “I was doing suit fittings in Paris right before the wedding and I just wasn’t comfortable,” Rob later told People about missing his sister’s 2014 nuptials. “I’m 6’1″ and at my most, I probably weighed 300 pounds … There were cameras at the airport on our trip there and I was very unhappy with the person I saw in all the pictures.”

However, the KKW Beauty founder was less than impressed with the “long email” Rob sent about his absence. “I’m definitely a tough love kind of person,” the Selfish author explained to Andy Cohen following the event. “If I don’t like something that’s going on in my life, I change it. I don’t sit and complain about it for a year. I try to encourage him and once you just don’t make that change for so long and it’s not happening, I get frustrated. My patience runs out.”

It looks like Rob has been making changes because in 2018, he started losing weight. After struggling with depression and binge-eating, it’s great to see him looking happy and healthy. Keep scrolling to see his weight loss transformation through the years! 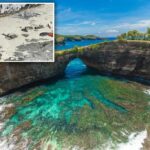 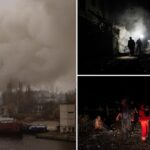