Scott, 69, announced he would stand against McConnell, 80, during a closed-door lunch for Senate Republicans on Tuesday and formally announced his intention on social media hours later.

“The status quo is broken and big change is needed,” tweeted Scott, a former Florida governor. “It’s time for new leadership in the Senate that unites Republicans to advance a bold conservative agenda.

“That’s why I’m running to be the Senate Republican Leader.”

McConnell did not seem unduly concerned by Scott’s challenge, telling reporters that “we had a rather lengthy and fulsome discussion, not only of the election, but the way forward.”

“I think the outcome is pretty clear,” added the Kentuckian. “I want to repeat again: I have the votes, I will be elected. The only issue is whether we do it sooner or later, and I think we’ll probably have another discussion about that tomorrow.”

“I don’t own this job,” McConnell added. “Anybody in the conference is certainly entitled to challenge me, and I welcome the contest.”

Scott had previously joined a group of prominent Republican senators — including Ted Cruz of Texas, Lindsey Graham of South Carolina, his fellow Floridian Marco Rubio, and Josh Hawley of Missouri — who pushed for Wednesday’s scheduled leadership vote to be delayed until after the Dec. 6 runoff election in Georgia.

“We are all disappointed that a Red Wave failed to materialize, and there are multiple reasons it did not,” Scott and fellow GOP Sens. Ron Johnson of Wisconsin and Mike Lee of Utah wrote in a letter to their colleagues Nov. 11. “We need to have serious discussions within our conference as to why and what we can do to improve our chances in 2024.”

McConnell has come under fire from some Republicans who accuse him of failing to adequately support candidates in key races, most notably Blake Masters in Arizona, as well as declining to outline an agenda for a potential majority.

“Every one of our candidates knew what they were for, [and] expressed it quite clearly,” McConnell said. “It’s pretty obvious, and all of you’ve been writing about it, what happened. We underperformed among independents and moderates because their impression of many of the people in our party and leadership roles is that they’re involved in chaos, negativity, excessive attacks, and it frightened independent and moderate Republican voters.”

“We had a national issue set that was favorable,” McConnell added, “but as a result of the perception many of them had that we were not dealing with issues in a responsible way, and we were spending too much time on negativity, attacks and chaos, they were frightened. So they pulled back … We learned some lessons about this, and I think the lesson’s pretty clear: Senate races are different, candidate quality, you recall I said it in August, is important, and in most of our states we met that test, and in a few of them, we did not.”

Former President Donald Trump, 76, was among those who blamed McConnell for Republicans’ underperformance in the midterm elections in a Sunday post on Truth Social.

“It’s Mitch McConnell’s fault … He blew the Midterms, and everyone despises him and his otherwise lovely wife, Coco Chow!” Trump said, using what some consider a racist jab at his former Transportation Secretary, Elaine Chao.

Earlier this month, Trump said the Senate should “impeach” the 80-year-old McConnell — something reserved only for presidents — and that he regrets endorsing him for re-election in 2020. 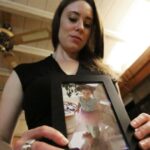 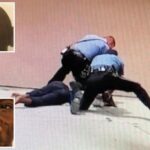