Soon-to-be prison inmate Jen Shah will spend the next six-and-a-half years doing easy time at a Club Fed-style low-security Texas prison camp — where she won’t even have to sleep in a cell, sources told The Post.

The “Real Housewives of Salt Lake City” star — who famously once quipped the only crime she was guilty of was “being Shah-mazing” — was sentenced by a federal judge Friday for her role in leading a telemarketing scheme that scammed elderly Americans out of millions of dollars.

Despite her criminal deeds, the disgraced businesswoman, 49, and mom of two will be housed in a “dorm room” at the lowest security facility available in the federal system.

“Instead of cells, these camps generally offer dormitory-style housing for all inmates, it will be bunk beds,” criminal defense attorney Doug Murphy told The Post.

Murphy predicts Shah, married to Sharrieff, 51, will serve her sentence at Federal Prison Camp in Bryan, Texas, based on the judge’s order, which noted she must surrender to authorities by Feb. 17.

Speaking after her sentencing, she apologized to her husband and children Sharrieff Jr., 28, and Omar, 19.

Shah’s attorney asked her client, who has admitted to using antidepressants in the past, be sent somewhere with a residential drug-approved program or RDAP, according to the Inner City Press. The only women’s federal facility in the Lone Star State that meets that criteria is Federal Prison Camp Bryan — about an hour-and-a-half northwest of Houston.

FPC Bryan houses just under 600 inmates. Shah will likely share a bunk with another inmate and will have access to cushy commissary items, like toiletries, soups and gourmet snacks.

“It will be groundhog day pretty much every day,” said Murphy. “The only change for her is that the drug abuse program will have them in classes daily.”

He added the drug rehab program takes 9 to 12 months to complete and although she’s in a soft prison, life is about to become a far cry from the lavish existence the Bravo cast member portrayed on TV, where she had rooms filled with designer clothing and regularly threw $80,000 birthday parties for friends.

“Sounds like this will be about as non-glamorous an event as she’s ever experienced before,” Murphy quipped.

As part of her plea agreement in the case, Shah agreed to forfeit $6.5 million and pay $9.5 million in restitution money, saying “I intend to repay every red cent,” as she left court Friday.

While its most likely Shah will serve at FCP Bryan, its also possible the TV-star-turned-felon will serve her prison time at a different facility, depending on what the Bureau of Prisons decides.

“It could be that the Bureau of Prisons places her in another prison if they’re waiting for another bed to open up in the RDAP,” the Houston attorney explained. 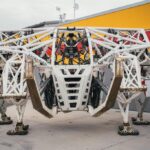 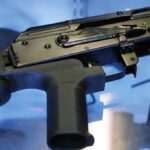