Single and ready to mingle! Real Housewives of Potomac star Ashley Darby reveals that she’s open to dating women following her divorce from Michael Darby while exclusively speaking to In Touch.

“Obviously my husband is 29 years older than me, so I dated older. I’ve dated younger,” Ashley, 34, says while explaining that she doesn’t have a type during the DIRECTV Wives Night Out Event on Thursday, October 13. “I’ve dated Black, white, Asian.”

She went on to note that she’s open to dating people of any race before adding, “And to women too! Let’s just open it up.”

When it comes to certain professions, Ashley admits she hasn’t thought much about what she wants her next partner to do for work. “I don’t wanna have someone who’s just gonna a bump on the log,” she explains. ”I don’t have a string criteria for a salary and education. Just be a decent human. Let’s start with that.”

After revealing she’s not currently looking for love on dating apps, the reality star shares that she doesn’t feel pressured to be in a relationship at the moment. “I’m not in a rush to jump into a relationship, mainly because I really spend so much time with my kids,” Ashley says. “I’m with my kids like every day, every night. So I don’t really know when I would even have the time to dedicate to somebody unless I’m serious about them.”

“I’m not ready to be serious about anybody,” she adds.

Ashley announced her split from Michael, 62, in a statement to the Daily Dish in April 2022.

“Almost eight years ago, when Michael and I said ‘I do,’ we anticipated sharing every single day together from that moment forward. Unfortunately, that is not our current reality. We have decided to separate,” the Bravo star began.

“We are aware that there will be many speculative views as to why we have made this decision. People will be quick to assume that the causes were too much intrusion by reality TV into the most personal parts of our lives, age gap issues, cultural problems, or child-rearing differences,” Ashley continued. “Pieces of all these may have affected our pure love for each other, but no one reason is the root cause of our mutual decision to go our separate ways.”

The TV personality added that their split was due to being at “very different stages in our lives” and having “different goals for our futures.” Ashley concluded, “We both want the other to achieve true happiness and fulfillment and feel that we cannot do this together.” 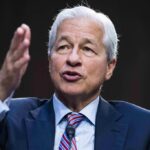 Nearly every CEO bracing for recession over next 12-18 months: survey 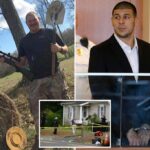