This little town of Bethlehem got very big.

A Rhode Island man assembled a nativity scene outside his Providence home with more than 400 pieces.

Eugenio “Geno” Milano, 80, an Italian native, began the labor of love in 1975, maintaining his dad’s Christmas custom, according to WJAR-TV.

“All of this tradition was left to me by my father, and I remember when my father was doing it when I was four years old,” Milano told the outlet.

“Growing up, we never had a Christmas tree in our house, we always had this Nativity scene,” said Cinzia Pereira, Milano’s daughter.

As it grew, however, it started to leave little room for the family.

“We fight, me and my wife, but that’s OK ’cause she likes it, but she says, ‘You take every room in the house. Where do we eat tonight?’” Milano explained.

Eventually, Milano moved it outdoors, and even crafted a Plexiglass shed, so his creation can be enjoyed by passersby and not get damaged.

He starts preparing for its unveiling as early as October, never letting his age stop him.

Each year, he changes the display, adding and subtracting pieces. All of the statues are imported from Italy and most of the homes on display, he made himself.

Every detail down to the moss that surrounds the animals is painstakingly procured by Milano. 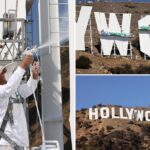 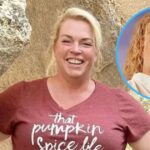