A candidate running for Rhode Island governor is under fire after a series of years-old texts between her and a contractor revealed she called the man “Mr. Mom” and a “pathetic loser” who wears “Costco pants your mom picked out for you,” according to local reports.

Republican Ashley Kalus fought back against criticism connected to the nasty messages Wednesday in which she was also accused of using a homophobic slur because she referred to the contractor as a “bottom,” in one reported message.

The vulgar, and at times threatening messages from Kalus, stemmed from a cost dispute on a project in a building where Kalus’ husband operated a plastic surgery practice, according to the Boston Globe.

The texts between Kalus, her husband and Chicago-based contractor Mike Gruener were exchanged between November 2018 and December 2019 and obtained by news outlets, the Providence Journal reported.

“You like being my little b—h,” she also texted at one point, according to the Providence Journal. “Always adjusting your pants … Loser … What is the amount to get rid of you? … I can’t wait to pay to keep f—ing you for the next year.”

“I’ll make my money back in making you lose money in the future,” she messaged him, while also telling Gruener in another message to “remember your social status here Mike,” the newspaper reported.

Kalus said she regretted doing business with the guy and insisted using the term “bottom” toward him was not a gay slur, but what she meant was he was being the “bottom of the barrel,” the Globe reported, citing her radio appearance on WPRO.

“I’ve always been an ally to the LGBTQ community,” she reportedly said.

Her campaign said the texts show that Kalus is “a fighter,” the Globe reported.

The apparent bad blood came after Gruener stopped working because he didn’t receive payments, but the Kalus campaign insists he was trying to rip the couple off, according to the Globe.

“I will not be taken advantage of,” the Globe reported Kalus said in the radio interview. “And when I’m governor, nobody’s going to take advantage of the taxpayers either.”

Kalus is running against Democrat and incumbent Gov. Daniel McKee. 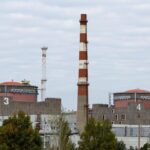