A 23-year-old individual in Toronto, Canada, has been hard at work “removing” J.K. Rowling’s name from used “Harry Potter” books and replacing not just the book covers with his own custom covers — but removing her name from the copyright pages and titles pages as well, according to SWNS reporting.

The individual has completed at least 30 newly “re-bound books” — offering them for sale in their newly bound form.

Artist Laur Flom, who runs a website in Canada, apparently started the project to “help out” any “Harry Potter” fans who find they have ethical issues with the author while reading her bestselling books.

Flom began the work a year ago, saying his motivation was the allegations of transphobia that were made against the British author, according to SWNS.

Rowling faced backlash a few years ago for comments that were considered by some to be controversial about the transgender community.

Laur Flom told SWNS, “The project is spurred by her transphobia … I was [a fan]. Growing up when I did, it was a given that you would read ‘Harry Potter.’”

Flom added, however, that “after J.K Rowling’s views on people like me came out, it left a bad taste in my mouth.”

He added, “It raised questions about the ethics of consuming her work.”

Flom said that “the purpose of this project is to create a safe space for fans to find comfort in the books and critically engage with J.K Rowling’s work.”

In order to “recreate” the books, Flom — who also reportedly works as a bartender — seeks out secondhand copies of the “Harry Potter” books.

Flom then removes the covers and the copyright pages of the books — and replaces them with his own uniquely created versions, SWNS reported.

Each book apparently takes around 12 hours for Flom to re-bind — not including the time it takes for him to package the books and send them off to buyers.

Flom reportedly sells each newly bound book for about $170. For a set of seven, he charges roughly $1,200.

A portion of each sale is donated to charities that serve the transgender community, according to SWNS.

The book work has not occurred without controversy.

Flom told SWNS, “[The reactions are] mostly good. The majority of my comments are positive — my last video reached a strange part of TikTok and reactions were mixed, but mostly good.”

Flom added, “I would hope that the impact of my project is just to bring light to [Rowling’s] transphobia and to make people aware of the things she has said … I get so many comments just asking what she had done.”

He also said, “Just the fact that people have been interested makes me think that it’s been successful.”

Fox News Digital reached out to Flom for comment.

On his website, Flom describes himself as “a printmaker, book artist and Taylor Swift fan based in Toronto, Ontario.”

He says on the site as well, “Send in your personal copies to be rebound, restored and de-Rowlinged.”

The publisher, on its website, says that more than 500 million copies of the “Harry Potter” book series have been sold worldwide to date.

More than 180 million copies have been sold in the U.S. alone, it also says.

Adds Scholastic, “If all the ‘Harry Potter’ books ever sold were placed end to end, they would go around the equator over 16 times.” 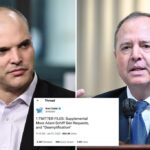 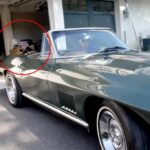