Republicans outperforming Democrats on kitchen table issues like the economy and inflation are in position to regain control of the House in Tuesday’s midterm elections, according to a poll released Sunday that also shows President Biden’s job approval ratings are still underwater.

A Washington Post/ABC News poll puts Biden’s disapproval rating at 53%, with 43% favorable, which is nearly identical to an NBC News survey that has him with a 53% disapproval, 44% approval rating.

The president’s dire job approval numbers are putting his party at a disadvantage in the Nov. 8 elections, according to NBC’s Republican pollster.

“President Biden and the Democrats are in for a miserable election,” ​said ​Republican pollster Bill McInturff of Public Opinion Strategies, who conducted ​the NBC News survey.

“The Democrats have to run way ahead of the president to win a statewide race,” he said. “I would expect to see a large number of losses in the House and possibly a switch in control of the Senate.”

According to the Washington Post/ABC News poll, registered voters are statistically deadlocked on whether they will vote for the Republican candidate (49%) or the Democratic ​candidate ​(48%) in their district.

But the report ​pointed out that when looking at historical trends, Democrats need to be much farther ahead in that measure if they are going to hold off a Republican surge.

The GOP only needs to win a net of five seats to regain a majority in the House.

The report said that more Democratic seats in the midterms are considered toss-ups, and noted that four years ago when they wrested control of the House during the Trump administration they held a 7-point advantage among voters.

The poll cautioned that it looked at the elections for the House and not for the Senate, which is evenly divided at 50-50. ​

Ninety-three percent of Democrats and Republicans say they will vote for their candidates in House races, but independents by a 53% to 43% margin favor Republicans, the poll found.

The NBC News poll showed, however, that Democrats have closed the enthusiasm gap over the past month – erasing the Republicans’ 9 percentage point advantage.

In the latest poll, 73% of Republicans and Democrats expressed their interest in voting by registering either a “9” or a “10” on a 10-point scale.

The NBC News poll also showed that 48% of likely voters prefer a Democrat-controlled Congress, while 47% prefer Republicans to be in the majority – a reverse of what October’s poll found – but still statistically even.

Asked in the Washington Post poll which issues will influence their vote, 26% chose the economy, 22% say abortion, and 21% pick inflation and threats to democracy.

The NBC News poll surveyed 1,000 registered voters between Nov. 3-5. It has a plus/minus 3.1 percentage points margin of error.

The Washington Post poll surveyed 1,005 adults between Oct. 30-Nov. 2. It has a plus/minus 4.5 percentage points margin of error. 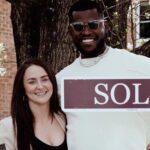 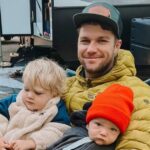 How Much Does He Make?