Republicans secured five more House seats Monday night to move the party one win away from regaining control of the chamber.

GOP candidates prevailed in New York, California and Arizona – boosting Republicans to a 217-to-205 seat lead over the Democrats six days after Election Day.

With 14 seats still yet to be called, Democrats would need to win all of them in order to retain a miraculous, and unlikely, majority hold.

President Biden acknowledged the Democrats’ slim prospects earlier Monday even before the latest batch of races were called in favor of Republicans.

The race between Williams and Conole, both Navy vets, was tight, but the GOP candidate triumphed with the help of national Republicans who targeted the Democrat with ads on rising crime and controversial bail reforms.

With one more win in the House, Republicans would regain the majority after four years out of power. 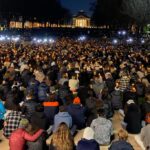 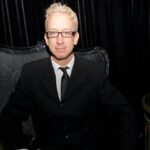 Andy Dick sentenced to 90 days in jail, will register as a sex offender