The House Democrat who wrote to Twitter about his concerns the company was suppressing free speech after it blocked The Post’s blockbuster reporting on Hunter Biden said Sunday he’s open to holding hearings in Congress about press freedom.

“The New York Post hasn’t written a kind thing about me in my six years in Congress. They’re a conservative-point-of-view paper,” he continued. “But that doesn’t mean that you can stop publishing their pieces or articles or censor their journalists from sharing stories.”

Twitter’s suppression of The Post’s October 2020 expose on President Biden’s son “just offended the basic principles that our country is based on,” Khanna told host Maria Bartiromo.

He said he was “open to hearings in Congress” on protecting the media’s right to publish.

“There are two competing values. On the one hand, we don’t want censorship. We don’t want to have people censored or boxed out, shadowboxed, and removed from Twitter because of their viewpoint,” Khanna said.

“On the other hand… we don’t want accounts that are filled with anti-Semitism or just spewing racism or hate on these accounts,” Khanna added. “And I think Congress should have an honest, thoughtful conversation about how we uphold both of those values.”

That tranche of documents detailed how a group of top executives decided to label The Post’s reporting on the first son in October 2020 “hacked material” and then blocked it from being distributed on the platform.

Taibbi’s report revealed that in the wake of the decision, Khanna wrote to the then head of legal policy and trust Vijaya Gadde to express his concern about violations of the First Amendment.

“Generating huge backlash on the hill re free speech,” Khanna said in an email to Gadde.

Gadde, who has since been sacked by Musk, replied with an explanation of Twitter’s “hacked material” policy.

“A journalist should not be held accountable for the illegal actions of the source unless they actively aided the hack. So to restrict the distribution of that material, especially regarding a Presidential candidate, seems not in the keeping of the principles of NYT v Sullivan,” Khanna said, referring to the landmark 1964 Supreme Court case protecting press freedom.

In his Sunday interview on Fox, Khanna said: “I was just standing up for our Constitution and for our First Amendment.”

Since Musk released the first report on Twitter’s handling of The Post’s story on Hunter Biden, he has issued three other installments of the “Twitter Files.”

The most recent, on Saturday, described how Twitter staffers worked behind the scenes to ban former President Donald Trump from the platform after the Capitol riot on Jan. 6, 2021.

The others dealt with how the company was secretly “blacklisting” conservative figures and how Twitter while suppressing the views of right-wing users, but steered clear of taking any action on those expressed by liberal users. 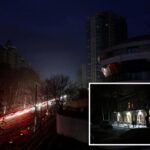 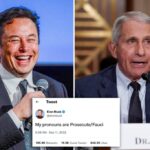