Rep. Nancy Mace (R-SC) outwitted a Harvard Law instructor and transgender rights activist on Tuesday by using her own tweets against her during a House hearing on extremist rhetoric.

During an exchange at the House Committee on Oversight and Reform hearing exploring the “threat to American democracy posed by white supremacist ideologies,” Mace asked the six witnesses whether they thought harsh political rhetoric posed a “threat to democracy.”

Mace had two tweets from Caraballo at the ready, printed out on poster boards, one of which called for Supreme Court justices that ruled in favor of overturning Roe v. Wade to be accosted.

The June 25 tweet by Caraballo read: “The 6 justices who overturned Roe should never know peace again. It is our civic duty to accost them every time they are in public. They are pariahs. Since women don’t have their rights, these justices should never have a peaceful moment in public again.”

The South Carolina Republican proceeded to recount her own personal experiences with being accosted, and how threats have led her to carry a firearm for her protection.

“I know something about being accosted,” Mace said, adding that she was “physically accosted” on Jan. 5 by a constituent in Washington, DC, and has had trespassers at her home as recently as August.

“I carry a gun everywhere I go, when I am in my district and I’m at home, because I know personally rhetoric has consequences,” Mace said.

The South Carolina Republican then displayed a November tweet by Caraballo that read, “It’s so clear that Justice Alito is corrupt and SCOTUS as an institution is compromised. This is not a legitimate court issuing decisions. It’s an organ of the far right that solely follows outcome determinative logic rather than any reasoned jurisprudence.”

Mace asked the activist if she stood by her comments and “this kind of rhetoric on social media” and if she believed “it is a threat to democracy.”

Caraballo argued that her tweets were not being characterized correctly.

Mace concluded her questioning of Caraballo by recounting the arrest of a man who allegedly sought to kill Supreme Court Justice Brett Kavanaugh in the aftermath of the court’s rollback of abortion rights and emphasized that threats to democracy can come from the political left as well as the political right.

“It’s clear to me that we have to call out the threats to our democracy emanating from where they come, whether it’s the right or the left,” Mace argued.

After the hearing, Mace had a warning for others who might not practice what they preach.

“If you’re gonna be a hypocrite who advocates for violence online, you probably shouldn’t do it testifying in my committee…” she tweeted. 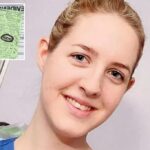 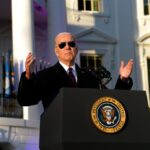 Just 30% of voters say Biden should run for reelection: poll