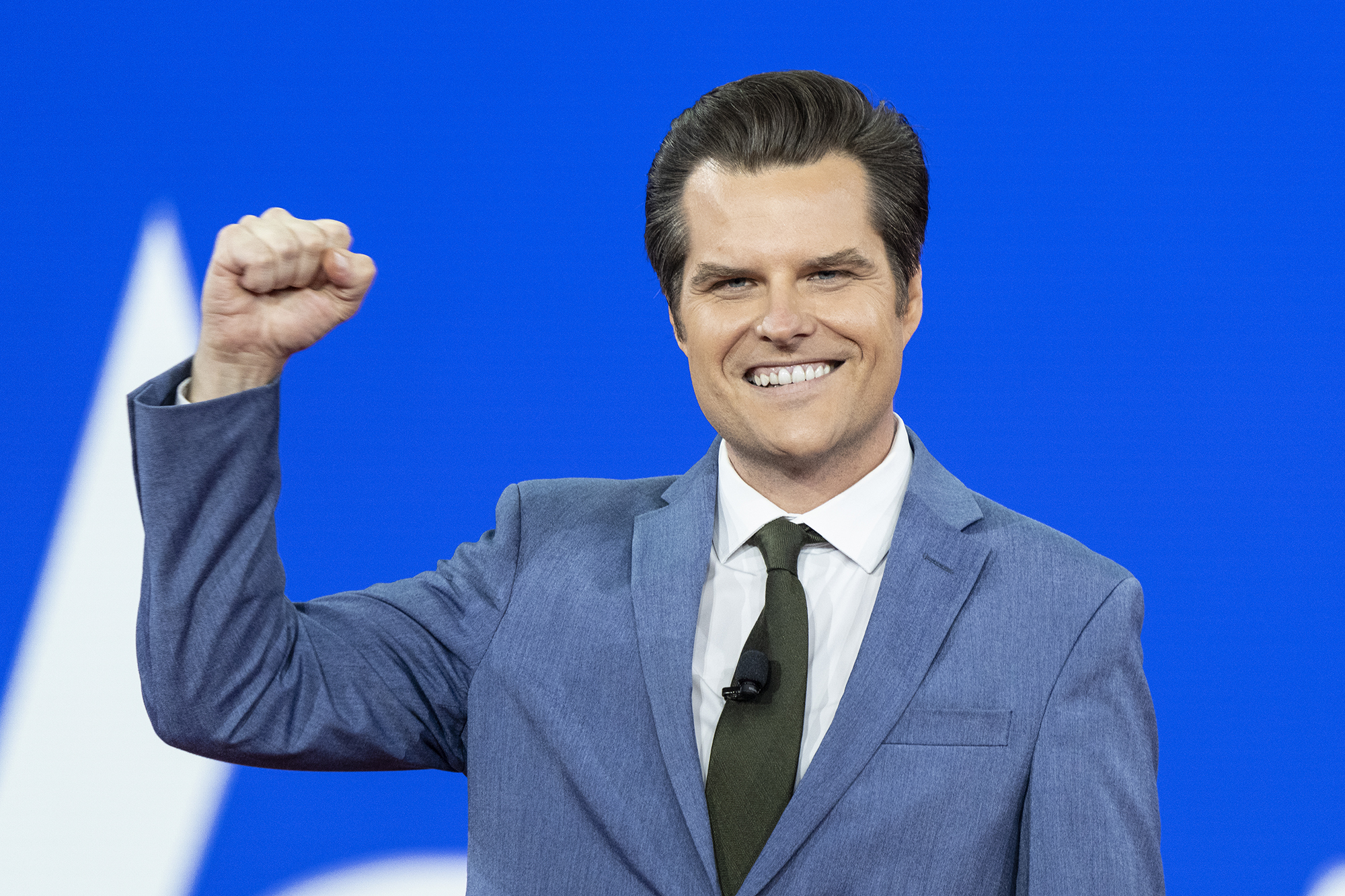 Republican Florida Rep. Matt Gaetz is not likely to face charges in a long-running investigation that alleges he sex-trafficked a 17-year-old across state lines, according to a new report.

Prosecutors have recommended against charging Gaetz in the sex-trafficking probe to senior Justice Department officials, the Washington Post reported Friday, citing sources familiar with the matter.

The prosecutors reportedly made the recommendation, in part, due to credibility questions with two central witnesses.

While senior DOJ officials have not made a final determination, it is rare for such advice to be dismissed — meaning the 40-year-old Gaetz is unlikely to face charges, the sources said.

The investigation into Gaetz, which started back in 2020, centers on the congressman’s alleged relationship with a 17-year-old girl and whether he paid for her to travel across state lines for sex several years earlier.

Gaetz has consistently denied the allegations and called the DOJ’s investigation bogus.

A federal grand jury in Orland heard testimony earlier this year from some of Gaetz’s associates, including an ex-girlfriend who was granted immunity ahead of testifying.

The ex-girlfriend was among several women who allegedly traveled with Gaetz to the Bahamas in 2018. The underage girl at the center of the probe was also allegedly on the trip, according to reports.

While the girl was 18 at the time of the trip, officials were investigating whether she was underage when her alleged relationship with Gaetz began.

Her testimony is one of the two prosecutors flagged concerns about, according to the Washington Post’s report.

The other person’s testimony that prosecutors were concerned about is that of Joel Greenberg, an ex-tax collector and former friend of the congressman.

Greenberg is reportedly the person who allegedly introduced Gaetz to the then-17-year-old girl.

The investigation into Gaetz began after Greenberg was hit with a string of charges last year, including sex-trafficking a minor. Greenberg pleaded guilty to all of the charges in May 2021.

Neither the Justice Department nor a representative for Gaetz has commented on the Washington Post’s report.