The Bopp Law Firm filed suit against the North Carolina Republican in US District Court for the Southern District of Indiana on Dec. 1, alleging breach of contract, according to court records.

The Terre Haute-based firm began representing Cawthorn, 27, on Jan. 10 when questions arose about whether he could legally run for office due to his involvement in then-President Donald Trump’s “Stop the Steal” rally that precipitated the Capitol riot on Jan. 6, 2021.

The attorneys successfully defended Cawthorn, with a federal judge ruling in March that the North Carolina State Board of Election should not investigate Cawthorn to determine his eligibility to run in the 2022 Republican primary in May.

Cawthorn ultimately lost that race to Chuck Edwards, who went on to win Cawthorn’s House seat in the midterm elections.

Since then, Cawthorn has allegedly racked up about $193,296 in debt to the law firm through unpaid legal fees – not including any interest or fees “for work on collecting overdue amounts.”

“Because Mr. Cawthorn has not paid BLF for the attorney fees, costs, expenses and
interest due, he breached the agreement,” his lawyers wrote.

The fees included rates for several attorneys that range from $270 to $630 an hour, according to an invoice included in the lawsuit filing.

Cawthorn had not filed a response to the lawsuit as of Friday, according to court records. His Washington office could not be reached for comment. 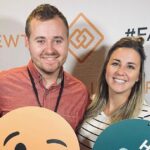 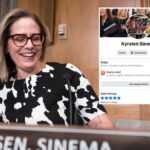