Cheney, 56, chronicled the peaceful transfer of power in America from the time of George Washington on, remarking that all presidents have honored that tradition “except one.”

She went on to say that among the “most shameful” of the committee’s findings is that Trump, now 76, sat in the White House watching the mob storm the US Capitol on Jan. 6, 2021, and did not intervene to call off the siege — despite calls from top members of his administration and Trump’s own family.

“During this time, law enforcement agents were attacked and seriously injured. The Capitol was invaded,” said Cheney (R-Wyo.). “The electoral count was halted. And the lives of those in the Capitol were put at risk.”

“In addition to being unlawful as described in our report, this was an utter moral failure and a clear dereliction of duty … No man who would behave that way, at that moment in time, can ever serve in any position of authority in our nation again. He is unfit for any office.”

Cheney will be departing Congress next month after she was defeated in Wyoming’s House Republican primary by pro-Trump Harriet Hageman. The panel’s other Republican, Adam Kinzinger of Illinois, opted not to run for another term in Congress after his district was redrawn out of existence.

The committee is expected to release its final report on the Capitol riot, focusing on Trump’s alleged role in fomenting the violence on Jan. 6, 2021. 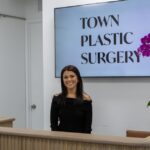 A High Quality Experience at a Low Price 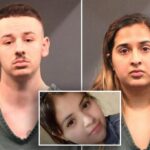