The third-ranking House Democrat played the Nazi card ahead of expected Republican wins in next week’s midterm elections, claiming the US is “on track to repeat what happened in Germany.”

House Majority Whip James Clyburn (D-SC) raised eyebrows by describing Weimar Germany as “the greatest democracy going when it elected a chancellor that then co-opted the media” in an interview with Fox News Digital.

“This past president called the press the enemy of the people,” he continued, referring to former President Donald Trump. “That is a bunch of crap. And that is what’s going on in this country.”

Social media users were quick to call out Clyburn’s comments, with many mocking his choice of words as manipulative and histrionic.

“I would advise Rep. James Clyburn to take an intense look at the history of the Democratic [Party] when speaking about Nazi Germany,” one critic tweeted.

“One week ago, we had a national dialogue on the need to tone down political rhetoric, as crazy people may take the heated rhetoric to heart and act on it,” wrote Alicia Smith, referring to the Oct. 28 attack on Paul Pelosi. “That lesson seems to have gone in one ear and out the other. Scary.”

“Why is a 10-year period of European history the only historical analogy anyone who engages in political hyperbole can recall?” asked Zaid Jilani of NewsNation jokingly. “Where are the analogies between our leading politicians and the Shining Path or Genghis Khan? Let’s get more creative here.”

“If one man is responsible for foisting Joe Biden on America it’s James Clyburn,” reacted Post columnist Miranda Devine. “He is a disgrace and should leave public life and spend the rest of his life atoning.”

Clyburn went on Thursday to blame the right’s “demonization” of House Speaker Nancy Pelosi (D-Calif.) for the attack on her husband at their San Francisco home and rejected the claim that President Biden’s rhetoric against “MAGA Republicans” was equivalent.

“Give me the name, and maybe even the address of the person that he [Biden] demonized,’ he said. “He talked about a philosophy that’s taking place in this country … He never demonized any individual.”

Clyburn, 82, also insisted that Americans should not base their vote on the economy and inflation, as polls indicate a majority of voters are doing.

“I think that people should be voting in their own self-interest,” he said. “And their self-interest is much more than what you may or may not be paying for gas or a loaf of bread.”

Clyburn also faced questions on his party’s persistent warnings about election denialism, particularly in the wake of the Jan. 6, 2021 riot at the Capitol. When put on the spot, he scoffed at the idea that his own 2005 vote to object to George W. Bush’s victory was comparable to the actions of former President Donald Trump.

“It’s totally different,” Clyburn insisted. “We didn’t call anybody about a change in the votes. We just voted on a process. To protest a process is what we did. Nobody stormed the Capitol. Nobody disrupted the count. We only voted to protest a process, which is a legitimate thing in this country.” 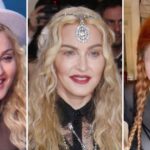 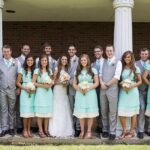 Photos of All the Beautiful Gowns