The top Republican in Nassau County said Thursday that US Rep.-elect George Santos needs to explain himself after a series of reports called into question key elements of the would-be congressman’s life story — including his education, ancestry and sexual orientation.

Santos, 34, broke his three-day silence Thursday, tweeting: “To the people of #NY03 I have my story to tell and it will be told next week. I want to assure everyone that I will address your questions and that I remain committed to deliver the results I campaigned on; Public safety, Inflation, Education & more.”

“Happy Holidays to all!,” added Santos, who was elected Nov. 8 to represent the Long Island- and Queens-based 3rd District and replace retiring Democrat Tom Suozzi.

“While I have indicated that the congressman-elect deserves a reasonable amount of time to respond to the media, voters deserve a sincere accounting from Mr. Santos,” Cairo said. “I will be listening attentively, and I want to hear meaningful remarks from George Santos.”

In his statement, Santos did not give a specific time or date for his response to the reports, nor did he indicate the manner in which he would do so.

The controversy around Santos began Monday after the New York Times reported that he may have misrepresented a number of claims in his biography, including where he attended college, whether he worked on Wall Street, his connection to an animal rescue charity and his family’s real estate firm that managed $80 million in assets.

Two days later, The Forward published a story that cast doubt on Santos’ claims that his Jewish grandparents fled persecution in Europe during World War II, as well as that his mother was Jewish.

The publication examined genealogical data from myheritage.com that appeared to show that Santos’ maternal grandparents were born in Brazil, and that his mother practiced Catholicism.

Then, early Thursday, the Daily Beast reported that Santos — the first openly gay non-incumbent Republican elected to Congress — had gotten divorced from a woman in 2019.

The sheer weight of the allegations surrounding Santos has unleashed a chorus of criticism and calls for him to be investigated — as well as for Rep. Kevin McCarthy (R-Calif.), the GOP leader in the House, not to allow him to be seated when the new Congress convenes on Jan. 3.

McCarthy, who is likely to become the House speaker next year, has been mum about what actions Republicans should pursue against Santos.

Brooklyn and Queens Rep. Hakeem Jeffries, who will replace current House Speaker Nancy Pelosi as Democratic leader in the House Jan. 3, said Santos deserves the opportunity to defend himself and that McCarthy and the Republicans will decide Santos’ fate.

“Right now, George Santos appears to be in the Witness Protection Program. No one can find him,” Jeffries said Wednesday. “He’s hiding from legitimate questions that his constituents are asking about his education, about his so-called charity, about his work experience, about his criminal entanglement in Brazil, about every aspect, it appears, of his life.”

Pelosi (D-Calif.) made clear to reporters Thursday that Santos was not her conference’s problem.

“Santos is now tattooed now to Republicans in Congress, it’s up to them to decide what to do about it,” she said.

Santos’ statement was the first time he has directly addressed the allegations, despite numerous requests for comment from media outlets — including The Post — following up on the story this week.

“After four years in the public eye, and on the verge of being sworn in as a member of the Republican led 118th Congress, the New York Times launches this shotgun blast of attacks,” Murray said in a statement posted on Twitter. “It is no surprise that Congressman-elect Santos has enemies at the New York Times who are attempting to smear his good name with these defamatory allegations.”

Murray concluded his statement with a quote he misattributed to Winston Churchill, but is actually a version of a statement by French author Victor Hugo: “You have enemies? Good. It means that you’ve stood up for something, sometime in your life.” 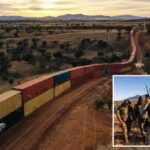 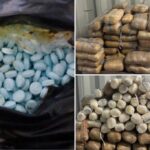