Long Island Rep.-elect George Santos came clean to The Post on Monday, admitting that he lied on the campaign trail about his education and work experience — but insisting that the controversy won’t deter him from serving out his two-year term in Congress.

“I am not a criminal,” Santos said at one point during his exclusive interview. “This [controversy] will not deter me from having good legislative success. I will be effective. I will be good.”

Santos’s professional biography was called into question earlier this month after the New York Times reported that he misrepresented a number of claims, including where he attended college and his alleged employment history with high-profile Wall Street firms.

Santos confessed Monday that he had “never worked directly” for Goldman Sachs and Citigroup, chalking that fib up to a “poor choice of words,”

The 34-year-old now claims instead that a company he worked for, Link Bridge, did business with both of the financial giants.

At Link Bridge, Santos said, he helped make “capital introductions” between clients and investors, and Goldman Sachs and Citigroup were “LPS,  Limited Partnerships” that his company dealt with.

He also admitted that he never graduated from any college, despite previously claiming to have received a degree from Baruch in 2010.

“I didn’t graduate from any institution of higher learning. I’m embarrassed and sorry for having embellished my resume,” he said. “I own up to that … We do stupid things in life.”

Santos, elected to Congress in Nov. 8 to represent the Long Island- and Queens-based 3rd District, was also accused of lying about his family history, saying on his campaign website that his mother was Jewish and his grandparents escaped the Nazis during World War II.

Santos now says that he’s “clearly Catholic,” but claimed his grandmother told stories about being Jewish and later converting to Catholicism.

Santos, the first openly gay non-incumbent Republican elected to the House, also faced accusations that he lied about his sexual orientation, with the Daily Beast reporting that he was previously married to a woman until 2020.

He confirmed to the Post on Monday that he was indeed married to a woman for about five years, but that he is now a happily married gay man.

Santos also acknowledged being a deadbeat tenant in Sunnyside, Queens, claiming that his family was deep in medical debt from his mother’s illness.

The incoming congressman dismissed concerns that his lies will impact his effectiveness representing New Yorkers in the lower chamber in the new year.

“I campaigned talking about the people’s concerns, not my resume,” Santos told The Post.

“I intend to deliver on the promises I made during the campaign — fighting crime, fighting to lower education, improving education,” he added, saying that “The people elected me to fight for them.”

“I came to DC to bring results on those issues and that’s what I’m going to do.”

Senior House Republicans were apparently aware of the inaccuracies and embellishments in the rep-elect’s resume, and the topic became a “running joke,” multiple insiders close to House GOP leadership told The Post over the weekend.

“As far as questions about George in general, that was always something that was brought up whenever we talked about this race,” said one senior GOP leadership aide. “It was a running joke at a certain point. This is the second time he’s run and these issues we assumed would be worked out by the voters.”

Last week, the top Republican in Nassau County demanded that Santos explain himself after his web of lies began to unravel.

“While I have indicated that the congressman-elect deserves a reasonable amount of time to respond to the media, voters deserve a sincere accounting from Mr. Santos,” said Nassau County Republican Committee Chairman Joseph Cairo. “I will be listening attentively, and I want to hear meaningful remarks from George Santos.”

That same day, Santos, broke his three-day silence since reports of his fibbing emerged, tweeting: “To the people of #NY03 I have my story to tell and it will be told next week. I want to assure everyone that I will address your questions and that I remain committed to deliver the results I campaigned on; Public safety, Inflation, Education & more.”

He then added: “Happy Holidays to all!” 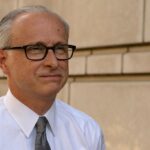 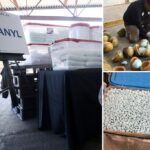 Fentanyl seizures at the border shatter records in 2022