​Rep. James Comer, the chair of the House Oversight Committee, on Sunday blasted the Biden White House for its lack of transparency about the recent discovery of classified documents at the president’s Delaware home and former office at the Penn Biden Center — and demanded to see the visitor logs for both.

Comer (R-Ky.) said the recent revelations about the classified documents tie into his panel’s investigation into “into “Biden family influence peddling” and how the president’s family benefited from “anonymous donations” — including from China.

“And I can tell you what we’ve learned just in the last few days from Biden’s mishandling of classified documents is that the Biden center was funded primarily through anonymous donations from China,” Comer told host Jake Tapper on CNN’s “State of the Union.”

“There is a pattern here,” the congressman said. “What the American people are going to see from our investigation is a pattern of anonymous donations going to Hunter’s business deals, to the Biden Center, to the artwork that Hunter sold at the art gallery in New York,” Comer said.

“There’s a pattern here of anonymous sources of money flowing into Biden’s pockets and Biden interests and it’s very concerning. This is a national security risk,” he said.

The Post reported last Wednesday that the University of Pennsylvania received more than $30 million from Chinese donors shortly after the Penn Biden Center for Diplomacy and Global Engagement was announced in 2017.

Hunter Biden’s shady business relationships in China and Ukraine exploded in the headlines after The Post ran of series of reports in October 2020 about the first son’s efforts to benefit from his father’s influence.

The White House confirmed last Monday that lawyers found on Nov. 2, 2022, a “small number” of Obama-era classified documents at the Washington, DC, think tank where Biden had kept an office until April 2019.

A total of six pages of records bearing classified markings were then found last Wednesday and Thursday at Biden’s Wilmington, Del., home.

In each case, White House lawyers said the Justice Department was notified and the documents were retrieved.

Comer said he is seeking the visitor logs for the Penn Biden Center and for the president’s home to determine who had access to the documents because the Biden administration has not been forthcoming.

“This is the same type of investigation that the Democrats were so outraged and launched and demanded happen to President Trump,” he said.

“What we see with President Biden is there are multiple locations. We would never have known about the possession of the classified documents were it not for investigative reporting by CBS that somehow got a leak to determine that this had happened prior to the election,” Comer said.

“So the administration hasn’t been transparent about what’s going on with President Biden’s possession of classified documents, and we just want equal treatment, with respect to how both former President Trump and current President Biden are being treated with the documents,” he said.

The FBI raided Trump’ Mar-a-Lago home and resort on Aug. 8, 2022, and recovered boxes of classified materials he took with him when he left the White House the previous January.

CNN’s Tapper questioned Comer about whether Republicans were treating the Biden documents differently than those found at Trump’s Florida property and noted that a main difference between the two cases is that Trump refused to comply with a subpoena to turn over the files.

“​I’m sorry, but I don’t have a lot of confidence in President Biden’s personal lawyers at the end of the day​,” he said.

On Nov. 18, he appointed veteran prosecutor Jack Smith to ​determine whether Trump will face criminal charges over his handling of the files.

On Thursday, Garland announced that he had tapped former Maryland US Attorney Robert Hur to investigate the Biden documents. 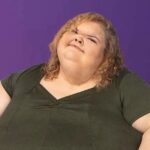 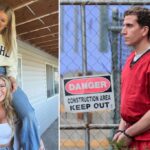 Idaho murders suspect Bryan Kohberger had an ‘incel complex’ that drove him to kill: ex-FBI agent