​Rep. James Comer ​​(R-KY) said ​Sunday ​he would support a commission to investigate the FBI if the GOP wins majority control of the House –​ but noted the panel’s priority would still be getting to the bottom of the “Biden crime family.”

Comer — expected to be the chairman of the House Oversight and Reform Committee if Republicans are successful in the November midterms — was asked by Fox News’ Maria Bartiromo if​ he supported the creation of an “outside commission” to probe the FBI.

“I would​,” the congressman said on “Sunday Morning Futures.”

​”​Obviously, it depends on who’s on the commission. But we have a huge problem with the FBI​,” he continued.​

“And the fact is, the American people have lost confidence in the FBI. It’s been politicized for at least six years now. And it’s going in the wrong direction​,” Comer said.

The Kentucky lawmaker said the agency needs to be reformed and top leadership must be replaced.

“I think the majority of the FBI agents in America want to do a good job. And we honestly need an FBI. But we don’t need the leadership we have now. They should resign. They should be held accountable for wrongdoing. And we have got to repair and reform the FBI moving forward,” Comer said.

His priority as chairman of the committee, however, would be to focus on President Biden and his son, Hunter, the Republican said.

“You look at the facts with Hunter Biden and Jim Biden, the entire Biden crime family, as I would call it, they have been influence-peddling for a decade,” he said, noting that despite 150 suspicious activity reports filed by banks against Hunter Biden, the FBI took no action.

Part of that probe into the first son would be holding Timothy Thibault, the former FBI agent who has rejected interview requests from Republicans on the House Judiciary Committee, accountable.

Republicans on the panel want to talk to Thibault about his role in suppressing the FBI’s investigation into Hunter Biden’s business dealings in Ukraine and China that were exposed by The Post in October 2020.

“We’re investigating Hunter Biden because we believe he’s a national security threat, and we fear that he’s compromised Joe Biden,” Comer said. “So a lot of the bad policies, the energy policies, the foreign policies that Joe Biden has enacted that put America last, we believe this was done because he’s compromised because of his family’s shady business dealings with our adversaries.”

He was asked what steps he and his fellow Republicans would take if Thibault and others refuse to cooperate.

“Well, we’re going to use the subpoena authority. They’re going to be required to testify under oath,” he said.

Comer said the committee would seek to not only depose Thibault and FBI Director Christopher Wray, but “a lot of lower-level people” as well.

“We’re already working with whistle-blowers. I think we’re further along than a lot of people realize with respect to trying to hold people accountable in the FBI for wrongdoing,” he said.

“We’re not going to let up. But we have to have subpoena power. So these Nov​. 8 elections are crucial to be able to give the American people the answers they want. And the last thing that you know everyone that watches your show, Maria, they want people held accountable for wrongdoing​,” he said. 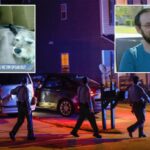 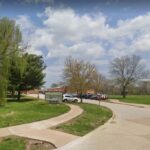