Colorado GOP Rep. Lauren Boebert has been slammed on Twitter for offering her “prayers” to the victims of a mass shooting at a gay nightclub in her home state — as many accused the conservative of hypocrisy by fueling hate against the LGBTQ community in the past.

The newly reelected 35-year-old congresswoman had offered up her condolences after five people were shot dead and dozens more injured when a gunman opened fire inside Club Q in Colorado Springs Saturday night.

“The news out of Colorado Springs is absolutely awful. This morning the victims & their families are in my prayers. This lawless violence needs to end and end quickly,” Boebert tweeted.

Her remarks were immediately condemned by fellow Twitter users who pointed to Boebert’s rhetoric against the LGBTQ community in the past, as well as her support of gun rights.

“@laurenboebert you have played a major role in elevating anti-LGBT+ hate rhetoric and anti-trans lies while spending your time in Congress blocking even the most common sense gun safety laws,” tweeted progressive Rep. Alexandria Ocasio-Cortez (D-NY), who has repeatedly clashed with Boebert in the past.

“You don’t get to ‘thoughts and prayers’ your way out of this. Look inward and change,” AOC added.

“Heartbroken about the growing hate against trans people and anti-LGBTQ violence. This mass shooting in Colorado is horrific and devastating,” Garcia tweeted.

“And I am furious that members of Congress like Boebert have the f–king audacity to say anything when they spread this hate constantly.”

Another California Democrat, Jimmy Gomez echoed that sentiment, tweeting: “You’ve demonized the LGBTQ+ community, called them groomers, attacked trans kids and weaponized anti-LGBTQ+ hatred for political gain. Words have consequences — and your vile rhetoric fuels this kind of violence. We don’t need your prayers. Do some soul-searching instead.”

Meanwhile, Chasten Buttigieg, the husband of Secretary of Transportation Pete Buttigieg, also rounded on the Republican.

“You encourage this type of hatred. Get off Twitter and start looking inward,” he tweeted.

In a separate tweet, Buttigieg added: “Republicans continue to run on and spread anti-LGBTQ ideology and hatred while refusing to lift a finger on gun violence. This is preventable, but only if they start seeing LGBTQ people as equals, and themselves as leaders.”

Many on Twitter pointed to Boebert’s history of tweets attacking the LGBTQ community, specifically trans people and drag queens who she has accused of “grooming” children.

“Take your children to CHURCH, not drag bars,” Boebert tweeted in June.

In a tweet from May, Boebert also wrote: “A North Carolina preschool is using LGBT flag flashcards with a pregnant man to teach kids colors. We went from Reading Rainbow to Randy Rainbow in a few decades, but don’t dare say the Left is grooming our kids!”

Police haven’t yet determined a motive for the Colorado Springs massacre but they are probing whether it was a hate crime.

On its Facebook page, Club Q called the mass shooting a “hate attack,” while the city’s mayor, Republican John Suthers, told NBC News Monday the attack “has all the trappings of a hate crime.”

Police identified the suspect as 22-year-old Anderson Lee Aldrich, who was in custody and being treated for injuries after allegedly storming the club with an AR-15-style semiautomatic weapon.

The deadly attack ended when a patron grabbed a handgun from the suspect, hit him with it and pinned him down until police arrived. 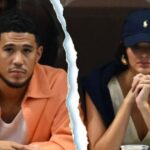 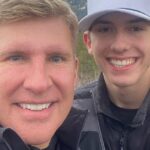