The former chairman of the House Freedom Caucus said beating McCarthy will be “tough,” but that he believes there needs to be a change in the “institutional direction and trajectory” of the House.

“We have a new paradigm here, and I think the country wants a different direction from the House of Representatives,” Biggs said during a Monday night appearance on Newsmax.

“I’m going to be nominated tomorrow to the position of Speaker of the House. We’ll see if we can get the job done, and the votes –  it’s going to be tough,” Biggs added.

Biggs emerged as one possible challenger to the speakership last week, when he said that McCarthy’s long-anticipated accession should not be considered a “foregone conclusion.”

“I would say maybe not so fast. Maybe we should have a good discussion within the confines of our internal body,” Biggs said last week.

The Arizona Republican added on Monday that his candidacy isn’t entirely about replacing McCarthy, but also about making the House “more open” and “transparent.”

“Kevin has raised a lot of money and done a lot of things but this is not just about Kevin. I think it’s about institutional direction and trajectory. And that’s where we’re going to see if we have enough people who agree that we need to change the trajectory of this place,” Biggs said.

If a leadership vote takes place on Tuesday, Republicans will nominate a candidate for House speaker that next year’s new Congress will hold a full-member vote on. The nominee will need at least 218 votes to become speaker. 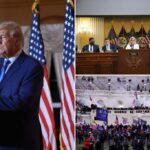 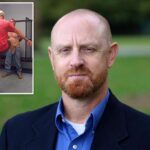