Violence broke out for a second day in Paris Saturday after a deadly attack on a Kurdish community center and two businesses.

Protesters overturned vehicles, setting some of them on fire, and threw objects at police, who responded with tear gas.

Three people were killed in Friday’s attack in the city’s 10th district, with the 69-year-old male suspect saying that he was a racist who hated foreigners, Agence France Presse reported.

Protests began soon after the shootings, with demonstrators breaking car windows and setting fires. Violence resumed again on Saturday after a largely peaceful demonstration at the city’s Place de la Republique to mourn the three victims. Hundreds of Kurdish demonstrators joined French politicians, including the mayor of the 10th district, to pay tribute to the victims in Paris’ central square, where protests are usually held.

“We are not being protected at all. In 10 years, six Kurdish activists have been killed in the heart of Paris in broad daylight,” Berivan Firat, a spokesperson for the Kurdish Democratic Council in France, political group, told BFM TV at the demonstration. The group had put out a call on their social media platforms for people to gather at the square for a peaceful demonstration.

Firat told the TV that the demonstration turned violent after people in a passing vehicle displaying a Turkish flag made a “nationalistic gesture.”

The suspect, who was released on bail days before the fatal shootings, has a history of racist violence. Last year, he was charged after attacking migrants with a sword at a migrant camp in another part of Paris.

The unidentified suspect, a retired train driver and ex-con, was caught with a pistol and box of 25 cartridges and loaded magazines, the news service reported. Witnesses to the shooting said that a tall, elderly man shot dead two men and a woman. Three others were injured, one of them critically, according to reports.

The Ahmet-Kaya Kurdish Center, a restaurant and a nearby hair salon were torched during Friday’s attacks before the suspect was arrested.

Friday’s shooting came as Kurds in the city prepared to commemorate the murder of three Kurdish women a decade ago — a crime that has yet to be solved. The investigation was dropped after the main suspect died before coming to trial.

Kurdish community representatives who met with Paris police officials Saturday want Friday’s shooting to be considered a terrorist attack, according to reports. 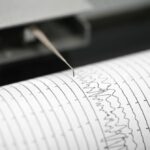 Magnitude-5.4 earthquake latest in a series of seismic events to shake Texas 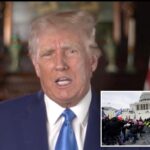