The 2015 killing of rural a Minnesota farmer in his home that was solved with the help of a 100-year-old family Bible is garnering renewed interest.

Earl Olander, 90, was found murdered with his hands bound behind his back with duct tape in his San Francisco Township home on April 11, 2015, a slaying that stumped investigators for weeks amid little evidence and few leads.

“You’re always looking for that one nugget, that one thing that comes in that allows you to solve the case,” Jim Olson, a retired sheriff with the Carver County Sheriff’s Office who worked on the investigation, told “20/20,” which will feature the case on a Friday night episode.

Olander also had several blunt-force injuries to his head and other parts of his body, TwinCities.com reported.

As investigators were still trying to figure out who was responsible, someone called the police nearly a month after the killing to report they had found a Bible inside an apartment he was paid to clean. In the book were savings bonds with Olander’s name on it.

When the tipster searched the name online, he discovered Olander had been murdered. The holy book was a Norwegian Bible and belonged to Olander’s family.

Investigators soon turned their attention to the resident of the apartment where it had been found, Edson Benitez. He initially told detectives the book was given to him by a friend who moved to Mexico. He soon admitted that his friend Reinol Vergara, a painter at Olander’s house, knew the farmer had a lot of money.

U.S. Immigration and Customs Enforcement (ICE) officials had put detainers on both suspects, which means they were suspected of being illegal immigrants, Fox Minneapolis reported at the time.

Benitez said he waited in a car while Vergara went into the home with a duffel bag and duct tape. Minutes later, he was asked to go inside and saw Olander with his face covered and bound with the tape. As he struggled on the floor, Vergara allegedly struck Olander with a gun, Benitez told investigators.

Vergara claimed there was a third person involved, but investigators ruled that out and cellphone records put both men at the crime scene.

“There was an awful lot of finger-pointing that was going on in this case,” Olson said.

The pair were charged with murder and other crimes. They pleaded guilty to aiding and abetting second-degree murder and were sentenced in 2016 to 37 years in prison. 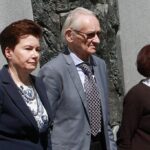 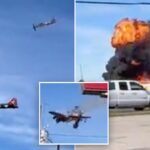