The remains of a child were found in Oklahoma Tuesday during the search for missing 4-year-old Athena Brownfield, according to state investigators.

The remains were found in rural Grady County just outside of Rush Springs, the Oklahoma State Bureau of Investigation said in an afternoon press release. Officials stressed they cannot confirm the remains are Brownfield at this time.

“The remains will be transported to the Medical Examiner’s Office in Oklahoma City for positive identification,” the law enforcement agency said. “This is an active homicide investigation and until the remains are positively identified, the OSBI will not be commenting further.”

The search for the little girl became a “recovery operation” focused on finding her body as newly revealed court documents alleged she was beaten to death by her caretaker on Christmas Day.

Ivon Adams, 36, was accused of killing Brownfield when he allegedly hit her multiple times, prosecutors said, according to The Oklahoman. He faces a first-degree murder charge and child neglect.

His wife, Alysia Adams, told an OSBI agent that her husband beat the girl around midnight and held her up by the arms, according to a court affidavit cited by the newspaper.

Athena “was not moving and her eyes were barely open,” she told police, according to the affidavit. “He then laid her on the ground and punched her at least three more times in her chest.”

Athena “never moved after that.”

Ivon Adams left with the body around 1 a.m. the next day and said he brought her body to Rush Springs where he used to live, the affidavit reportedly states.

He was arrested last Thursday in Arizona as he awaits extradition to Oklahoma.

Authorities became aware of Athena’s disappearance after a postal worker found her 5-year-old sister walking alone on Jan. 10 outside the Adams’ home, where they were watching over the two girls.

Alysia Adams, 31, was cuffed and charged with two counts of child neglect. The OSBI said she was related to the young sisters, but did not reveal how.

The sisters’ biological parents have been interviewed by authorities and are cooperating with the probe, state authorities said. Athena’s sister was taken into protective custody.

According to the agency, the two girls had been in the Adams’ care for close to two years. 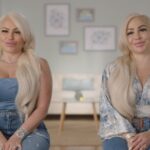 Darcey Silva Background: What Is Her Nationality? 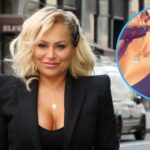