Members of a Belgian family whose relative was one of eight people killed when an ISIS-loving terrorist rammed into them on a bike path in 2017 described in Manhattan federal court Tuesday how their idyllic ride off the West Side Highway turned into a nightmarish, bloody scene.

The tourists — Lieve Wyseur and her daughters Friedel Decadt, Justine Decadt and slain Ann-Laure Decadt — were biking from Central Park to Lower Manhattan on that warm and clear Halloween day when Sayfullo Saipov allegedly launched his murderous truck attack.

As Saipov, 34, sped down the path in a rented Home Depot truck, he plowed into Ann Laure — who was thrown from her bike and left motionless and bloodied on the ground.

“Her gaze was lifeless,” her sister Friedel testified Tuesday. “She just stared up into the air, and there was lots of blood gushing out of her mouth.”

Justine, who was swiped by the truck and thrown from her bike, but was not seriously injured, recalled hearing Friedel scream amid the mayhem.

“She didn’t say anything. She was just screaming very loudly,” Justine told the court.

“I turned around in order to look, then I saw Ann-Laure lying there next to her bicycle,” she continued.

Their mom, who had been leading the girls on the ride, remembered hearing an “enormously loud sound” as the foursome rode past Pier 40, near the intersection of Houston Street.

“It was a hellish sound like the sound from an engine,” Lieve testified.

Lieve and her daughters had gotten to New York three days before the attack for a “girls’ trip” vacation to celebrate milestone birthdays and the anniversary of the mom surviving a health scare.

On Oct. 31, they rented bikes and pedaled from Lower Manhattan up to Central Park, where they had lunch at the Loeb Boathouse restaurant and planned a trip to the top of Rockefeller Center.

After lunch, they hopped back on their bikes and headed south on the west side of Manhattan, joining the cycle lane along the West Side Highway.

That’s when Saipov allegedly mounted the lane from the road, pushing the speeds about 60 miles per hour as he mowed down his victims.

When the truck sped past them, Justine, Lieve and Friedel saw Ann-Laure motionless on the ground next to her bike.

“One of her eyes was very swollen and she was bleeding profusely from her mouth,” Lieve told jurors.

Saipov’s attorneys did not cross-examine the family members, who traveled from Belgium to testify at the Manhattan federal court trial which began Monday.

The accused terrorist is charged with 28 counts for the murderous rampage that killed eight people and wounded many others. He will face the death penalty if convicted.

In his opening statement Monday, Saipov attorney David Patton told jurors they would not challenge whether or not he committed the attack — but argued prosecutors’ assertion that he did so to become a member — or “soldier” — for ISIS was inaccurate.

“He expected to die. He expected he would become a martyr,” Patton said.

Prior to the harrowing testimony from surviving family members, FBI Special Agent Joanna Maroudas testified that she interviewed Saipov for some nine hours at his Bellevue Hospital room.

Saipov welcomed the interrogation and asked for an ISIS flag to hang in the hospital room, Maroudas testified.

The accused terrorist told the agent that he believed he was “instructed” to carry out the attack in a video of ISIS’s leader at the time, Maroudas said.

“The defendant stated that no one had helped him, but he was instructed to do this by Abu Bakr al-Baghdadi,” she said. 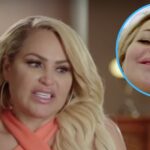 Stacey Silva Before and After Veneers: Teeth Photos 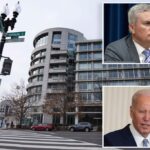 GOP rages as Biden classified docs hidden until after midterms