Many Floridians remember the mounds of dead fish lining beaches and signs warning beachgoers to keep out of the water thanks to a two-year-long red tide outbreak after Hurricane Irma. Now, one environmental engineer fears a repeat after Hurricane Ian.

“Any time we get a regular storm event, we have all of this nutrient loading from fertilizer or herbicides or wastewater overflows,” Tracy Fanara, Environmental Engineer and author of red tide research, told FOX Weather Monday. “Now, this was next level.”

Red tide is a naturally occurring harmful algae bloom. The algae, always in the water, devour the newly found nutrients and blooms out of control. The blooms produce toxins that kill fish, shellfish, birds and mammals. The algae and toxins can irritate the skin, eyes and respiratory tract of people, according to the Florida Fish and Wildlife Commission.

“So with Hurricane Ian, we have all of these chemical components. We have submerged cars, we have so much more bacteria because not only did we have wastewater overflows, we had pipes burst. We have people that can’t flush toilets because the water table is so high. So they’re actually using outside as their toilet,” explained Fanara about Hurricane Ian’s effects on supercharging nutrients available to algae. “So we have all of this bacteria coming into our coastal waters. And that is our main concern right now is the bacteria levels, the pathogen levels.”

And it’s not just the Gulf Coast inundated with nutrient-rich floodwater. Over 7 million gallons of sewage leaked through manhole covers, flooded streets in Brevard County then into the Indian River Lagoon, reported FOX 35 Orlando.

“When I look at this now, I just see it being used as a toilet,” environmentalist Estelle Bailey told FOX 35 Orlando.

Photos from astronaut Bob “Farmer” Hines onboard the International Space Station showed massive amounts of dirt and silt being dumped into the Gulf of Mexico days after Ian struck.

The water and dirt are rife with decomposing felled trees, fertilizers from farms and pollutants.

“This picture shows how the Florida Peninsula is shedding all the water Hurricane Ian dumped on it,” Hines tweeted, adding the photo was taken two days after Ian’s landfall.

The Tampa Bay region also experienced a reverse storm surge, just as they did during Irma. As Ian made landfall, its winds blew gulf water away from Tampa Bay. Residents were actually able to walk out into the bay.

The same reverse surge occurred during Hurricane Irma in 2017. Meteorologist Ian Oliver referred to the event as “Irma 2.0” during Ian’s landfall.

Fanara said the reverse surge could have resulted in upwelling. Deeper, colder nutrient-rich water from well below could have flowed to the surface.

“The best hypothesis that we have is that these blooms are offshore at the ocean bottom. Now, with the upwelling that we saw of the water being pushed offshore of Tampa Bay, it looks a lot like Hurricane Irma, which we know is fired an upwelling event.”

The massive red tide bloom in Florida from late 2017 to early 2019 killed almost 600 sea turtles, more than 200 manatees and over 204 dolphins, according to a Mote Marine Laboratory and Aquarium report.

Fanara and her colleagues will continue to monitor Florida’s water for red tide. At the same time, the Florida Red Tide Mitigation and Technology Development Initiative is in its third year of discovering strategies and technologies to lessen the volume and impact of blooms.

Other companies are looking to combat the algae and ozone to restore areas where red tide depleted the water of oxygen or dead zones. 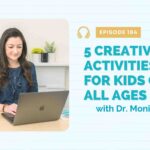 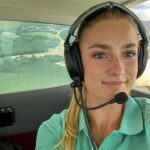