The final victim to be identified in the Colorado LGBT club shooting was Raymond Green Vance who was remembered by his girlfriend on Monday as her “brightest light.”

Vance’s girlfriend of five years, Kassy Fierro, remembered the 22-year-old victim in a series of Facebook posts Monday, according to the Denver Post.

“ill never be able to heal from this. i want to wake up from this horrendous nightmare,” she wrote in part of one emotional post, adding later. “u didnt deserve this. u are the brightest light. u made everyones life so much better.”

The tragic bloodshed could’ve been worse, but an Army veteran was one of two clubgoers to jump in and stop the gunman, according to authorities and news reports.

Richard Fierro, the father of Kassy Fierro, served in Iraq and Afghanistan. He told the New York Times Monday he “went into combat mode” when gunfire erupted inside the club.

“I don’t know exactly what I did, I just went into combat mode,” he told the newspaper. “I just know I had to kill this guy before he kills us.”

After originally hitting the floor, he said he ran across the room where the gunman was and pulled him to the floor by the handle of the body armor the shooter was wearing, according to the Times.

“Was he shooting at the time? Was he about to shoot? I don’t know,” Fierro recounted. “I just knew I had to take him down.”

The shooter’s rifle fell out of the reach of the gunman as the two fell to the floor, Fierro said, according to the Times. But when he reached for a pistol Fierro took it out of his hand and started “hitting him in the head, over and over,” Fierro said.

Another man grabbed the rifle and moved it further away from the suspect while a drag queen stomped on the killer’s head before police arrived, according to the Times report.

“In my opinion and the opinion of everyone involved, he saved a lot of lives … I have never encountered a person who has engaged in heroic action that (sic) was so humble about it. He simply said to me, ‘I was trying to protect my family,’” said Colorado Springs Mayor John Suthers of Fierro at the press conference.

Authorities said the investigation into the shooting was ongoing and would take time.

Aldrich would appear in court in the next couple of days once he is released from the hospital, said Michael Allen, the district attorney in Colorado’s 4th Judicial District.

Colorado US Attorney Cole Finegan didn’t say if federal hate crime charges will be filed separately, but he said his office will be “looking closely at all the facts in this case.” 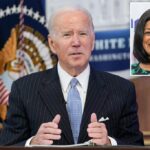 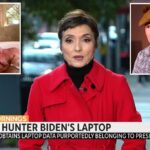