And you thought used carswere expensive these days.

The 1917 Willmar Little Oak had been a part of the George and June Schaaf Tractor and Truck Museum collection.

The Frankfort, Illinois, attraction closed this year after three decades of operation.

The Little Oak is the last-known example of its kind and represents a breakthrough in tractor design.

It was the first advertised as a “one-man tractor” with controls that allowed the driver to raise and lower the plow without getting out of it.

The 40 horsepower Little Oak is fully operational and was painstakingly restored to like-new condition by Schaaf.

“When I restore them, I would take them out and use them right away. A lot of people restore them, and they don’t show them at all, they just leave them in a barn,” he told Fox News Digital of the museum’s collection.

Dozens of vintage tractors were sold at the October 1 auction, with four more going for over $250,000 that included another 1917 model.

The 1917 Allis-Chalmers 10-18 three-wheeler is also rare and one of a handful that still exist in any condition, let alone fully restored, and sold for $262,500.

A 1913 Hart-Parr 30-60 went for $278,250. Schaaf was the fourth owner and fully restored it. The third found it on a Montana farm in 1986 where it had been sitting unused for around 70 years, but was able to get it running again, earning it the nickname Old Reliable.

The 1924 Minneapolis 35-70 was the youngest of the big-bid tractors and its body restored with new sheet metal and wood, but was sold for the third-highest amount at $283,500.

Schaaf’s Gas Traction Company Big Four 30 was the largest tractor of its day and hauled in a suitably impressive $294,000 bid. It is a “prairie tractor” that was designed to plow virgin land and was advertised with the slogan “Thirty horses can not do what the Big Four ‘30’ can do for you,” the name referencing its 30 horsepower four-cylinder engine.

Ten more tractors sold for over $100,000, but Schaff held on to one special one for himself. It is one of five remaining Case 40/72S and a favorite of his that he enjoys bringing to tractor shows. 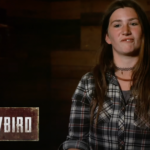 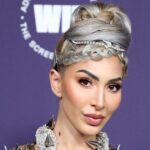