Staying out of the spotlight. Anna Duggar has actively kept a low profile since her husband, Josh Duggar, was sentenced to serve time at FCI Seagoville in Seagoville, Texas.

Josh, 34, was arrested in April 2021 and pleaded not guilty to receiving and possessing child pornography.

The 19 Kids and Counting alum “used the internet to download child sexual abuse material,” the U.S. Attorney’s Office in the Western District of Arkansas shared in a press release at the time. Josh also “possessed this material, some of which depicts the sexual abuse of children under the age of 12, in May 2019.”

After he was found guilty in December 2021, the eldest son of Jim Bob and Michelle Duggar was sentenced to serve approximately 12.5 years in prison in May. However, the disgraced reality star’s release date was later changed to August 12, 2032, which is slightly more than 10 years, In Touch confirmed.

Anna – who shares children Mackynzie, Maryella, Marcus, Mason, Michael, Meredith and Madyson with Josh  – is considering a move from Arkansas to Texas to be closer to the prison where her husband is serving time.

Not only is Anna, 34, considering a major move, but she has also experienced a change in dynamic with the Duggars following Josh’s sentencing.

“The Duggar family fully supports Anna, but it’s complicated. There are a lot of hurt feelings over what Josh did,” an insider exclusively told In Touch about the state of their relationship in October 2022. “She still attends family functions because her kids love their cousins, aunts and uncles, but it’s not the same for Anna.”

Meanwhile, the former TLC star is also “distancing herself from Josh’s sisters.”

While Anna hasn’t been seen out and about much amid Josh’s legal drama, she also seemingly deleted her Instagram account. However, she is not Josh’s only family member to recently step out of the spotlight.

“The family isn’t as public as they once were. Not having a show on the air has been a blessing and a curse,” an insider exclusively told In Touch in October. “Of course, they blame Josh for Counting On getting canceled. Being in the spotlight definitely had its ups and downs, but most of them miss it.” 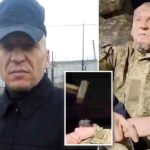 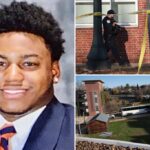