Rapper Gunna, who was arrested along with Young Thug earlier this year following a sweeping gang indictment, pleaded guilty to a racketeering conspiracy charge in Atlanta, his attorneys confirmed.

Gunna surrendered to authorities in May after he was named as a member of the Atlanta-based Young Slime Life [YSL] street gang, which is accused of committing violent crimes to finance the gang and grow its reputation and power, prosecutors said in a massive 88-page RICO indictment that named more than two dozen others.

According to the Fulton County District Attorney’s Office, the rapper, who’s real name is Sergio Kitchens, entered an Alford plea in court on Wednesday — which allows him to maintain his innocence while acknowledging that it is in his best interest to plead guilty.

“While I have agreed to always be truthful, I want to make it perfectly clear that I have NOT made any statements, have NOT been interviewed, have NOT cooperated, have NOT agreed to testify or be a witness for or against any party in the case and have absolutely NO intention of being involved in the trial process in any way,” the rapper said in the statement.

Gunna’s attorney,  Steve Sadow, said in a statement that the defense was “extremely pleased” to have been “able to resolve his case on such favorable terms,” the Atlanta Constitution-Journal reported.

The “Pushin P” rapper, 29, was sentenced to five years in prison with one year commuted for time served and the remaining four years suspended, his attorney said.

He was released from prison on Wednesday, according to the Constitution Journal.

He also must complete 500 hours of community service, including 350 hours speaking “to young men and women about the hazards and immorality of gangs and gang violence, and the decay that it causes in our communities,” Salow said.

He’s additionally banned from owning a gun and directly contacting any others charged in the case.

The trial for others charged in the indictment, including Young Thug, is set to begin next month.

Young Thug, whose given name is Jeffrey Lamar Williams, was charged with conspiracy to violate the Racketeer Influenced and Corrupt Organizations [RICO] Act and participation in violent activity with the YSL gang.

Prosecutors said the gang was co-founded by the Grammy-winning rapper in 2012 and affiliated with the Bloods. The RICO Act charge stems from an alleged offense that occurred on Jan. 24, 2013, while the gang activity charge is from May 12, 2018. He has pleaded not guilty to the charges.

Gunna said in a statement that when he joined YSL in 2016, he did not consider the group to be a gang, but rather “a group of people from metro Atlanta who had common interests and artistic aspirations.”

“My focus of YSL was entertainment – rap artists who wrote and performed music that exaggerated and ‘glorified’ urban life in the Black community,” Kitchens said. 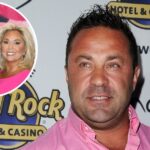 Stephen ’tWitch’ Cause of Death Revealed: How Late DJ Died