Dozens of rampaging youths trashed a Wawa convenience store in northeast Philadelphia Saturday night — hurling food and drinks at one another as one belligerent young woman twerked on a counter, video of the chaos shows.

The rowdy group of about 100 young people were captured on video — shot inside the chain location at 7001 Roosevelt Blvd. — as they ransacked the shop at about 8:20 p.m. and recorded the pandemonium on their phones.

An employee filming the wild scene from behind a sandwich counter in the store can be heard scolding the vandals.

A video of the aftermath shows the store completely torn apart. The floor is covered with items pulled off shelves, spilled drinks and trash.

The unruly crowd also broke several shelves at the shop, according to the footage.

The lawlessness apparently continued into the store parking lot where the vandals were caught yelling, cursing and fighting one another, the video shows.

Philadelphia police said they responded to the scene and found approximately 100 juveniles inside the Wawa, stealing and damaging store merchandise. The officers dispersed the crowd, but made no arrests.

There were no reported injuries, cops said.

The youths unleashed anarchy inside the convenience store as crime surges across the City of Brotherly Love.

As of Sept. 18, property crimes surged a whopping 32% from the same period last year and violent crimes were up nearly 7%.

Saturday’s vandalism mirrors a similar incident at a local business in the Germantown section of Philly last month.

In early August, a wild mob of teens trashed a Jamaican restaurant, Zion Cuisine, and attempted to harm its employees. The group flipped tables, threw chairs and other objects at workers and shattered a security glass inside the eatery, video shows. 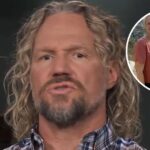 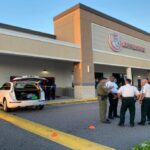