Pesky raccoons cause two separate power outages in Texas — including one that left the entire city of Seguin near San Antonio without electricity for an hour.

Following the nuisances, the Seguin Police Department jokingly announced the capture of one of the “furry bandits” on its Facebook page, including a “booking photo” of the suspect responsible, who they dubbed “Ricky Raccoon.”

One raccoon had made its way into a substation transformer, causing an outage Monday night that left residents in Seguin, population 30,000 in the dark, according to the San Antonio Express News.

The critter climbed onto high voltage wire, coming into contact with “something that was grounded” causing the outage, a spokesperson for Seguin told the the paper.

The first outage left the entire city without power, police said, although it was restored about an hour later.

“After further investigation, the suspect was described as a black & white male, approximately 2′ 9″ and 35 lbs,” quipped the Seguin Police Department.

The incident followed just two days after a different raccoon had crept into an electric substation and caused havoc. Power was also lost and city crews worked through the night to restore it.

“From squirrels to birds, raccoons to even monkeys or foxes, animals are responsible for thousands of outages and millions of dollars in outage-related damage each year,” said generator company Generac.

“If an animal chews on a cord or find their way into a transformer or substation, damage can be substantial. Often times, utility workers can tell an animal was the cause of a power outage because their corpse is left behind.”

Electric companies go to great lengths to keep animals from shutting power off to customers, including installing disks that keep them from touching a grounded part of the electrical grid to an energized part and insulates the animals from electrocuting themselves, said Generac. 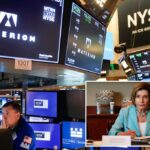 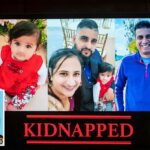