Quinton Simon, a 20-month-old from Georgia, has been reported missing after he vanished from his playpen. Keep scrolling to find out everything we know about the missing child.

When Did Quinton Simon Go Missing?

On Wednesday, October 5, Quinton’s mom, Leilani Simon, called police to report that her son was missing when she noticed he was not in his playpen.

Simon’s boyfriend, Danny Youngkin, reported seeing Quinton at 6 a.m. on the morning of October 5, with Simon reporting that he was missing at 9:39 a.m.

Quinton’s nanny stated that she received a text at 5:30 a.m. informing her that she would not need to babysit on the day of the disappearance.

On Wednesday, October 12, police stated they believed Quinton is likely deceased. According to the Savannah Morning News, Chatham County Police Chief Jeff Hadley told reporters that police believe the child’s body was put into a trash bin that was later dumped at the landfill.

Simon has since been named the “prime suspect” in her son’s disappearance. Suspicions about her involvement arose when she was seen drinking at a bar as a search was being conducted for Quinton. However, no charges have been filed against her.

Following Quinton’s disappearance, Simon’s mother stated that she believes the child accidentally drowned in a bathtub while his mother was high.

What Has Leilani Simon Said About Quinton Simon Going Missing?

In an interview with WTOC-TV on Monday, October 24, Simon said that she wanted her son to be found “happy and alive.” She said, “We want him back in our arms, holding us. That’s what we want.”

While authorities haven’t had luck finding Quinton, Simon said she was hopeful he would return alive.

“We’re just hoping that he’s in somebody’s house and they’re feeding him and maybe they wanted a baby or couldn’t have a baby,” she said at the time. “Maybe they thought they were his savior. That’s our best hope at this point.”

The Chatham Police Department shared an update about the search efforts on Wednesday, October 26. “The exhaustive search of the landfill where we believe Quinton’s remains are located continues. As we told you last week, this is not a quick process. At the same time, our investigative case team is working diligently to put together every piece of evidence to determine the facts in this case,” they wrote via Facebook.

“The search for Quinton has been the most massive undertaking ever for our department, and has involved the work of well over 100 law enforcement and civilian personnel,” the post continued.

Has Leilani Simon Had Trouble With the Law in the Past?

Prior to the toddler’s disappearance, Quinton’s grandmother tried to remove Simon and her boyfriend from the home after they allegedly damaged property.

Simon – who is also the mother of 3-year-old son Zane – has a history of stealing. Her family previously stated that she would steal money for drugs and that she “liked to lie.”

In 2019, she was evicted for not paying rent. The mother of two was later charged in 2020 for breaking into a trailer and stealing money.

In November 2021, Simon was arrested in Dunn, North Carolina and charged her with felony larceny after she stole from her employer. Following the arrest, Simon agreed to a lesser charge under a plea deal. Under the terms, she underwent 12 months of unsupervised probation, served 48 hours of community service and agreed to not be involved in any significant criminal activity.

According to the arrest warrant obtained by In Touch, Simon was taken in by Dunn police on October 26 after she stole two packs of cigarettes, a bag of popcorn and a bottle of lemonade while working at Loves Truck Stop. Police arrested her a week later as larceny is considered a felony – regardless of the value of the stolen items, per North Carolina law.

In May 2021, a Harnett County Judge gave Simon one year of probation, 48 hours of community service and forced her to pay around $400 in fines. She was also instructed not to commit any crimes for the following 12 months.

After she was named a primary suspect, her son and her boyfriend’s son were removed from the home. 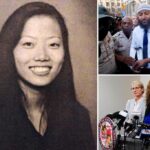 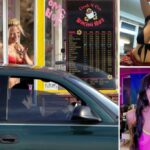