A Qantas Airlines plane issued a mayday call for help during a flight from New Zealand to Australia Wednesday, but was able to safely land in Sydney following the terrifying moment.

The Boeing 737 had an issue with one of its two engines when it was still about an hour out from Sydney — prompting the pilot to put out the urgent alert for Qantas Flight 144.

The mayday alert, which is reserved for flights in grave and imminent danger in need of immediate help, was downgraded to a PAN-PAN — possible assistance needed — before the plane completed its three-and-a-half hour flight.

Passengers aboard the flight from Auckland said they were unaware that there were engine issues until after the plane landed. They told reporters in Sydney that they were told an engine had failed when they were deboarding.

During the flight, passengers said they felt a “slight shudder” and “bumpy-like turbulence.”

Boeing 737s are able to land safely on a single engine and can still fly quickly with only one in operation, according to Neil Hanford, chairman of Strategic Aviation Solutions.

Sydney Airport personnel had emergency crews on standby ready to assist as needed as a precaution. 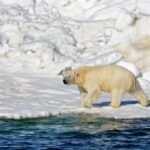 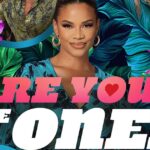 ‘Are You The One’ Season 9 Cast: Photos, Jobs, Country