Ksenia Sobchak, 40, who first gained fame as a glamorous reality TV star and ran against Putin in the 2018 presidential election, fled to Lithuania, according to Vilnius officials cited by Agence France-Presse.

An official at Lithuania’s state border service told AFP on condition of anonymity that she had arrived on an Israeli passport.

Russian news outlet reported earlier that Sobchak was a suspect in an extortion case.

Investigators said the search of her home in a swanky Moscow suburb was part of a probe into alleged wrongdoing by her media director, Kirill Sukhanov, who was slapped with extortion charges.

On Tuesday, Sobchak dismissed the allegations against Sukhanov as “ravings and nonsense” and described his arrest as part of the efforts to block independent media.

Attention Media runs several social media projects, including Sobchak’s YouTube channel, which has over three million subscribers, according to AFP.

“Kirill, we love you and we don’t believe anything,” Sobchak said on the Telegram social media platform.

Earlier in the day, Russia’s TASS news agency reported that she had fled to Lithuania via Belarus.

“She left Moscow overnight after she bought tickets online for Dubai yesterday and Turkey today — she did that to fool the agents,” an unnamed official told the news outlet.

Sobchak has been careful not to speak out openly in social media, but has let it be known she cannot voice her true opinions on the invasion of Ukraine, the UK’s Telegraph reported.

Pro-Kremlin political analyst Sergei Markov argued that the raid of her home has sent a signal to members of the Russian elite that all bets are off.

“If they can arrest the daughter of Putin’s patron … it means there are no untouchables,” Markov wrote, according to the paper. “For some members of the elites, an arrest warrant for Sobchak is a blazing sign in the skies.”

The glamorous personality, who has 9.4 million followers on Instagram, is the daughter of Anatoly Sobchak, a liberal mayor of St. Petersburg for whom Putin served as a deputy in the 1990s.

Sobchak has long been involved in Russian opposition politics, though she remains a divisive figure among Putin critics. When she ran against Putin in 2018, opposition politicians accused her of being used by the Kremlin as a spoiler candidate.

She finished a distant fourth with about 1.7% of the vote.

Sobchak denied serving the Kremlin’s agenda, but opposition leader Alexei Navalny slammed her for discrediting the opposition by joining the race, saying she was a “parody of a liberal candidate” and that her involvement in the campaign helped the Kremlin cast the opposition in a negative light. 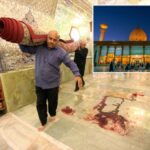 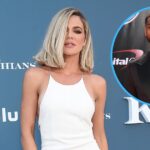 ‘I’m Good’ on Kids With Tristan After Cheating