Vladimir Putin’s chief propagandist has admitted on state TV for what appears to be the first time that Russia is fighting a “war” in Ukraine, after more than seven months of calling the invasion a “special military operation.”

“This is our war,” he said during a panel discussion on his primetime show, “Evening with Vladimir Solovyov. “This is our war against absolute Satanism and not at all with Ukraine.

“Ukraine is just a means. It’s a war in which the goal is absolutely clear, and Washington isn’t even hiding it: it’s a change of government in Russia and the dismemberment of Russia,” he said.

The Kremlin’s official position since the start of the invasion on Feb. 24 has been that Russian forces are engaging in a “special military operation.”

Multiple Russian citizens have been convicted and fined for referring to Putin’s conflict as a “war” under laws that were adopted in March.

The dramatic U-turn in rhetoric comes after Putin’s regime annexed four partially occupied regions of Ukraine, which are now legally part of the Russian Federation.

In light of the annexation, it appears the Kremlin is now treating the conflict as a war being waged on Russian land, as opposed to on Ukraine’s territory.

Russian forces have suffered a series of major defeats in recent weeks after Kyiv’s army launched a successful counteroffensive that has reclaimed thousands of square miles of territory.

Even as Putin was proclaiming the annexation of Donetsk, Luhansk, Kherson and Zaporizhzhia last week, Ukrainian forces were pushing Russian soldiers out of parts of Donetsk and have since made additional gains in Kherson.

Putin has escalated the conflict two weeks ago when he announced a partial mobilization of 300,000 reservists — a move than has proven extremely unpopular in Russia, sending an estimated 370,000 military-age men fleeing the country to dodge the draft.

Solovyov on Wednesday chastised Russians for criticizing the military following its recent setbacks, arguing that Russia would have lost World War II had its citizens adopted such a defeatist attitude at the time.

He also fumed that Russians were treating the war like the World Cup, in which they support the national team in the qualifying rounds, but then turn on the players “when things go wrong.” 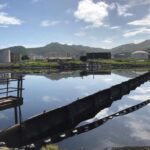 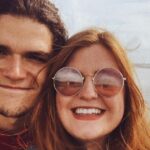 ​​​​Where Did Isabel Rock and Jacob Roloff Move? House Updates