Russian President Vladimir Putin has revealed that his “unstoppable” nuclear missile dubbed the “Satan II” will soon be ready for combat, as the country gears up to expand its military and revamp its nuclear forces.

In a speech to the Defense Military Board in Moscow Wednesday, Putin vowed to give his armed forces anything they asked for to support the invasion of Ukraine — and emphasized that there were “no financial restrictions” on what his government would provide its combat personnel.

He said the new Sarmat intercontinental ballistic missile will be deployed for combat in the near future.

Putin added that Russia will deploy more hypersonic weapons, noting that the first warship equipped with state-of-the-art Zircon hypersonic missiles will be commissioned by the navy next month.

The Kremlin warmonger promised that the military industries will ramp up weapons production, saying they can do so without stretching the country’s resources and dinging the economy.

After a successful test launch of Satan II earlier this year, Putin said in a televised address that the missile, officially known in Russia as RS-28 Sarmat, had no competition and would make Russia’s enemies “think twice” before issuing threats.

Russia’s leader also warned at the time that the missile “is capable of overcoming all modern means of anti-missile defense.”

First introduced in 2018, Satan II has an estimated range between 6,200 and 11,800 miles, allowing Kremlin to launch the missile anywhere across the world, although the Pentagon previously downplayed the threat to the US and its NATO allies, reported Live Science.

Putin’s saber-rattling remarks came on the same day Ukrainian President Volodymyr Zelensky traveled to Washington DC — his first overseas trip since the outbreak of the war — to secure nearly $45 billion in additional aid and $1.85 billion worth of weapons, including the long-awaited Patriot missile systems.

The Kremlin later warned that the missiles won’t help end the conflict sooner or prevent Russia from achieving its goals.

During Wednesday’s meeting with Russia’s top military brass in Moscow, Defense Minister Sergei Shoigu unveiled a plan to boost the country’s armed forces by more than 30% from its current 1.15 million soldiers to 1.5 million.

The Kremlin previously considered the size of its military as sufficient, but the calculus changed after hopes for a quick victory over Ukraine were dashed by fierce resistance.

Amid the war, Russia and Ukraine both have kept a tight lid of secrecy on their military casualties. The Russian military last reported its combat losses in September, when it said 5,937 troops were killed, but earlier this week, UK Defense Secretary Ben Wallace said 100,000 Russian troops were dead, wounded or had deserted since Feb.24. 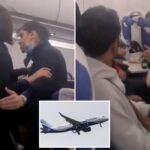 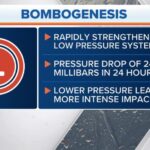 Explaining how a bomb cyclone forms