Russian President Vladimir Putin vowed Thursday to continue with the invasion of Ukraine despite widespread condemnation from the West — as he defended airstrikes targeting Ukraine’s critical infrastructure by arguing that Kyiv “started it first.”

“There is a lot of noise, chatter and outcry all across the universe,” Putin said. “It will not obstruct us from fulfilling combat tasks.”

He described a series of Russian airstrikes on Ukraine’s energy facilities and other key infrastructure as a legitimate payback for an Oct. 8 truck bombing of a key bridge linking Crimea with Russia’s mainland, and other attacks the Kremlin claimed Ukraine carried out.

“There is a lot of noise now about our strikes on the energy infrastructure,” Putin said during a ceremony at the Kremlin to award Gold Star medals to soldiers. “Yes, we are doing it. But who started it? Who struck the Crimean bridge? Who blew up power lines linked to the Kursk nuclear power plant?”

While stopping short of publicly claiming credit for the attacks, Ukrainian officials welcomed their results and hinted at Kyiv’s involvement.

Repeated airstrikes against Ukraine’s power grid, water and gas utilities has left millions of people across the country huddling in the dark without heat as temperatures dipped below freezing.

Meanwhile, Kremlin spokesman Dmitry Peskov said Thursday that it was up to Kyiv to put an end to the bloodshed by accepting Moscow’s terms of surrender.

“(Ukrainian President Volodymyr) Zelensky knows when it may end,” Peskov told reporters. “It may end tomorrow if he wishes so.”

The Kremlin has long said that Ukraine must accept Russian conditions to end the conflict, now in its tenth month. It has demanded that Kyiv recognize Crimea — a Ukrainian peninsula that Moscow illegally annexed in 2014 — as part of Russia and also accept Moscow’s other land gains in Ukraine.

Zelensky has repeatedly rejected those conditions, saying the war will end only when the occupied territories are liberated or Russian forces leave them.

In a rare acknowledgment that it’s taking longer than he expected to achieve his goals in the conflict, Putin admitted Wednesday that the fighting in Ukraine “could be a lengthy process.”

He described Moscow’s land gains as “a significant result for Russia,” saying — for example — that the Sea of Azov “has become Russia’s internal sea.”

During a conference call with reporters, Peskov said Moscow wasn’t aiming to grab new land but will try to regain control of areas in Ukraine from which it withdrew just weeks after incorporating them into Russia in sham referendums.

After earlier retreats from the Kyiv and Kharkiv areas, last month Russian troops left the city of Kherson and parts of the Kherson region, one of the four illegally annexed Ukrainian regions.

“There are occupied territories in several new regions of the Russian Federation that need to be liberated,” Peskov said.

The Donetsk region has been the epicenter of the recent fighting. Russian artillery struck the town of Yampil, northeast of Sloviansk, during the distribution of humanitarian aid to civilians, Ukrainian officials said. 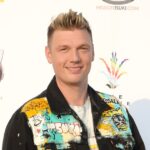 Nick Carter Sued for Rape of a Minor by Shannon Ruth: Details 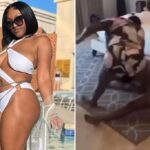