Russian President Vladimir Putin has proposed stripping Russians of their citizenship for criticizing the military or spreading “fake news” about it in an apparent bid to silence dissenters.

Putin has put forward amendments to Russia’s citizenship law that was adopted in April, outlining offenses that could be punishable by the revocation of citizenship, Russian state news agency RIA Novosti reported Sunday.

Under the proposed legislation, people found guilty of disseminating “fake news” about Russia’s armed forces or “discrediting” the military could have their passports revoked.

Those caught publicly calling for “violating Russia’s territorial integrity” also stand to be denaturalized by the Russian state, along with people belonging to “undesirable” organizations.

The expanded list of offenses punishable by citizenship revocation includes inciting extremism, insulting Russia’s flag and coat of arms, terrorism, threatening the life of a government official and drug trafficking.

These changes apply only to naturalized Russian citizens, rather than natives of Russia who are citizens by birthright.

Lawmakers promised to swiftly pass the new bill and put it on Putin’s desk for signing.

“Everyone has to make up their mind: either you’re with your country or you’re not,” Dmitry Vyatkin, member of Russia’s lower house of parliament, the State Duma, told RIA Novosti.

This latest crackdown on dissidents and critics of Putin’s regime comes just days after Moscow’s forces retreated from the recently annexed Kherson region in one of the most embarrassing setbacks of the war. 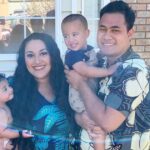 Did Kalani and Asuelu Split? She Hints 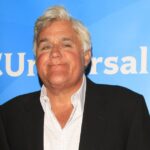